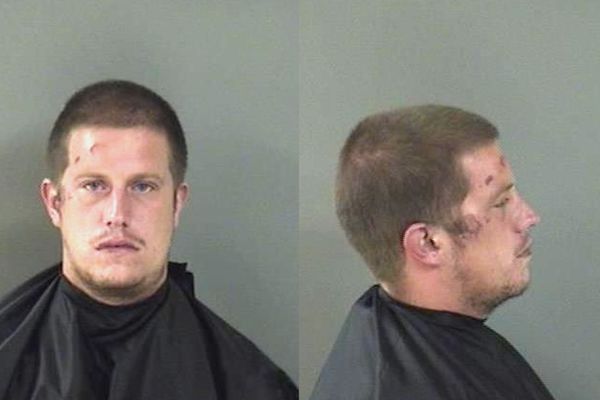 SEBASTIAN – Police made only one arrest during last weekend’s ShrimpFest, an Indian River Harbour Beach man who already appeared intoxicated when he arrived to Sebastian.

Tre Scott Bishop, 24, who witnesses say showed signs of intoxication when he arrived at Riverview Park, was charged with Disorderly Intoxication, and Resisting Arrest.

On Saturday at approximately 3:00 p.m., Bishop caused a verbal disturbance. Sebastian Police warned Bishop about his behavior, but he continued to act belligerently inside the park.

Craft beer vendors declined to serve Bishop, at which time he threw a beer cup on the ground. He then started yelling at people in the park, according to the report.

“While speaking to Bishop, I could smell a strong odor of an alcoholic beverage coming from his person. Bishop refused to stop yelling,” a Sebastian police officer wrote in the report.

Police escorted Bishop out of the park, at which time he started yelling at officers. He then kicked a parked car in the parking lot.

While Bishop was being detained, he began resisting and had to be escorted to the ground.

Bishop was arrested and transported to the Indian River County Jail. Bond set a $1,250.00.

As of Monday afternoon, Bishop was still in the county jail.