Man Arrested After Yelling At Vehicles In Vero Beach 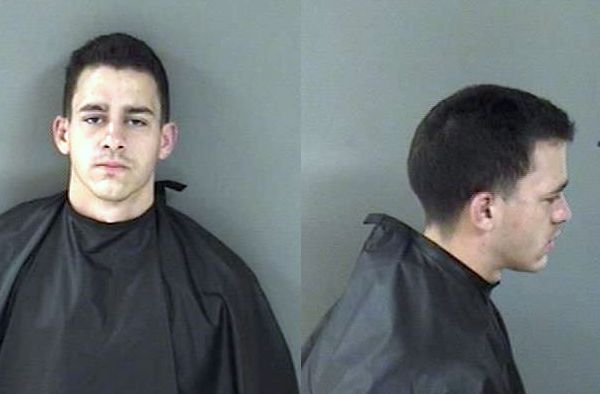 VERO BEACH – A 22-year-old Vero Beach man was arrested for disorderly conduct after screaming at vehicles on U.S. Highway 1.

Joseph Jones II was seen by a deputy jumping into traffic in Vero Beach and running into the roadway, according to the report.

“The male caused several vehicles to stop shortly. The male made it to the west side of the roadway and I again observed him looking at southbound traffic. The male again waiting for traffic to get close and then ran out into the roadway,” the Indian River County Sheriff’s report said.

Jones began screaming and waving his hands in the air. A vehicle driving southbound had to slam on its brakes to avoid a collision with Jones. The vehicle had to make a complete stop and drive around him.

Jones continued to yell at passing vehicles. The deputy got on his loudspeaker and instructed him to stop as he was walking into the Walmart Market parking lot.

Jones yelled back and continued to walk through the parking lot. He eventually stopped but refused to show his hands.

“It took several commands to get him to comply. The male then threw his hands in the air and continued to yell randomly at me,” the report said.

As the deputy approached, he immediately smelled the odor of an alcoholic beverage emitting from Jones’ breath. Jones also spoke with a slur.

When the deputy asked why he was running into traffic and yelling at vehicles, he said one vehicle called him “an a**hole.”

The deputy arrested Jones for disorderly conduct because he was highly intoxicated and causing a traffic hazard in Vero Beach.

Once in the patrol vehicle, Jones violently banged his head against the prisoner barrier causing his head to bleed from the repeated strikes.