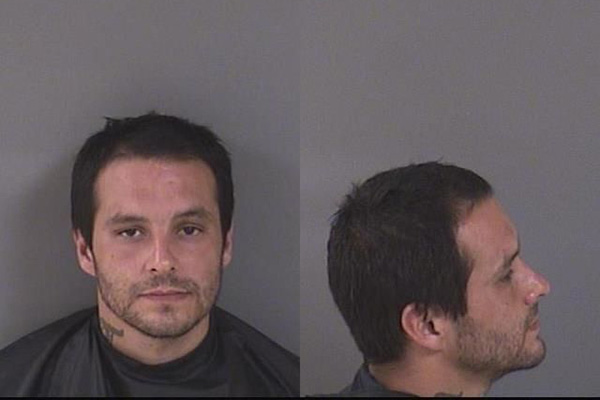 A man was arrested after he left a restaurant without paying the bill, according to the Sebastian Police Department.

Officers responded to Mo-Bay Grill in Sebastian Saturday at approximately 10:50 a.m. in reference to a theft. Employees told police that a man, identified as Thomas Blake Young, attempted to leave without paying his bill.

Police made contact with Young, 32, who stated he left a $100 bill on the table before leaving the restaurant. When he went back into the restaurant to show the employees, Young alleges the $100 was missing. Young said that “the wind must have removed it from the table,” according to the affidavit.

Young, of Vero Beach, and three other employees searched for the alleged $100 bill in the restaurant and the parking lot.

The restaurant provided footage from a security camera that recorded the incident.

“I observed Thomas eating his meal and consuming several alcoholic beverages. I also observed restaurant staff [leaving] a bill on the table that Thomas was sitting at. I then observed Thomas [standing] up from the table and started walking away from the establishment into the parking lot. At no point while reviewing the footage did I observe Thomas [removing] his wallet,” the officer said.

Thomas Young was arrested and charged with Defrauding an Innkeeper and transported to the Indian River County Jail, where his bond was set at $500.