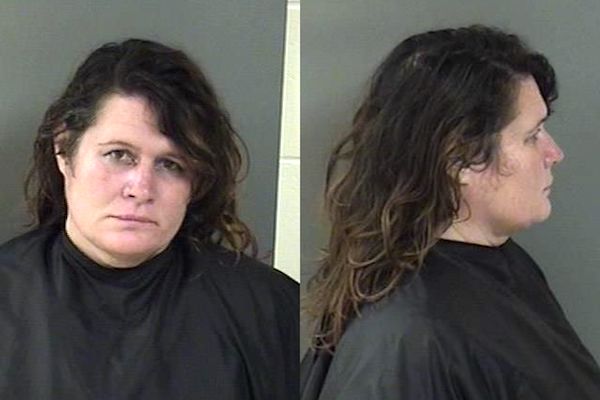 A woman who’s been arrested 63 times in Indian River County was sent to jail again after screaming and cursing at passing motorists in Fellsmere.

Tammy Ann Roseman, 45, was seen standing in the middle of the road way blocking the flow of traffic at the area of North Willow Street and Lincoln Street, according to the Fellsmere Police Department.

“As I approached her and asked [Roseman] to come to my vehicle, I asked her what her problem was and why she was in the roadway blocking traffic,” the officer said in the report.

Roseman then pointed back to a man standing on the opposite side of the road and stated, “that fu**ing ni**er is my problem,” the report said.

She seemed to be impaired by chemicals or substances based on her behavior, according to the report.

The officer said it was “her inability to make sense at times, cursing repeatedly, swaying back and forth and slurred speech.”

When asked, Roseman did say she had been drinking some beers, but wouldn’t elaborate on the quantity.

Roseman was arrested for disorderly intoxication and transported to the Indian River County Jail.

On the way to the jail, she stated that she had been buying drugs all day and using them as well, and on several occasions made racist remarks.

In March, Roseman was arrested at the Head Start Day Care facility for drug paraphernalia and consuming alcohol in public.

Roseman has been arrested 63 times in Indian River County since 2008.