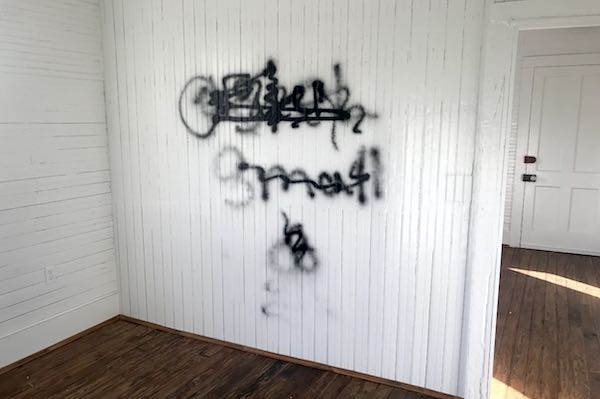 Fellsmere Police identify two suspects in the burglary and vandalism to the historic house.

Investigators identified two suspects in the burglary and vandalism to the City of Fellsmere “section foreman’s” house, a historic structure that was recently relocated and renovated with a $175,000 grant.

The suspects have been identified as two juvenile males, ages 15 and 14 who are Fellsmere residents and students at Sebastian River High School.

Investigators received a tip from an anonymous source that one of the juveniles posted themselves committing the crime on “Snapchat.”

The tipster came forward with the information after seeing a post about the crime and pictures of the damage on the Fellsmere Police Department’s Facebook page.

Both suspects confessed to their involvement during an interview with a detective, and the matter has been referred to the Office of the State Attorney for prosecution. The cost to repair the damage (materials and labor) was $350.00.

The members of the Fellsmere Police Department would like to commend the tipster for coming forward with information to solve this crime.

For more information about this investigation, contact Detective Adam Dean at 772-571- 1360.