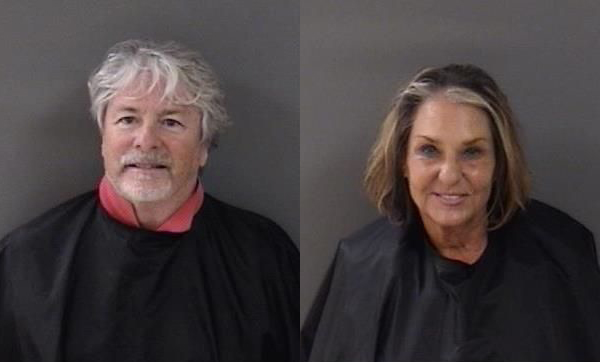 Court records show that Parris allegedly has multiple family members flying in to speak on her behalf at the sentencing.

“Those travel plans, which have been canceled once at some costs to the individuals, need to be canceled with enough time for them to obtain credits and/or refunds,” the motion states.

“Additionally, as it related to the out-of-state defense witnesses, the CDC has advised that all non-essential travel be curtailed because of the Delta variant of the Covid19 virus. As such, it will be safer for the witnesses for the Court to continue the sentencing,” according to the motion.

Both attorneys do not believe that all individuals who have a right to be in Court for sentencing can be safely accommodated, especially in a courtroom enclosed with no windows, regardless of whether all individuals wear masks.

“As an additional factor, Ms. Parris is a recent cancer survivor who had her spleen removed. As such, she is a high-risk individual with a compromised immune system, and sitting inside a closed courtroom for several days, regardless of the safety measures employed by the Court makes her more vulnerable to infection,” the motion states.

Judge Michael Linn will still have to rule on the motion. The sentencing has been delayed several times already by Giliams trying to disqualify the judge and a few appeals. The sentencing date, so far, is Monday, August 23, 2021.

Also, most courts are using Zoom to have virtual witness testimony if they are unable to be present. That option was not mentioned in the motion.

According to a few legal experts in Sebastian and Vero Beach, the motion appears to be another stall tactic to delay sentencing. Many Sebastian residents we spoke with want to see justice served and are tired of the delays.

Allegedly, many people in Sebastian have seen Pamela Parris not wearing a mask while indoors or outdoors at various local businesses.

Parris was seen inside Gilliams’ No Name Bar in Sebastian last summer without wearing a mask and blowing on a pool stick, as seen here.

Then, Parris was seen at Earl’s Hideaway Lounge having a drink, standing in a crowded area, not wearing a mask, or having any concerns about her health, as seen here. All of this as an alleged “cancer survivor” and after several months following the removal of her spleen.

A couple of weeks prior to her criminal trial, Parris went to Costa Rica for a vacation retreat doing things like riding a bicycle, as seen here.

Some photos were found publicly on social media and some were taken by Sebastian residents. There were more photos of her around town, but they have recently been deleted from Facebook.

Parris has also said she has serious health issues and a compromised immune system, but you wouldn’t know it when she’s out in public.

Damien Gilliams and Pamela Parris were convicted by a jury of Perjury and violated the Sunshine Law while serving on the Sebastian City Council.

You can read Parris’ letter to the judge by clicking here. The letter is a public record.