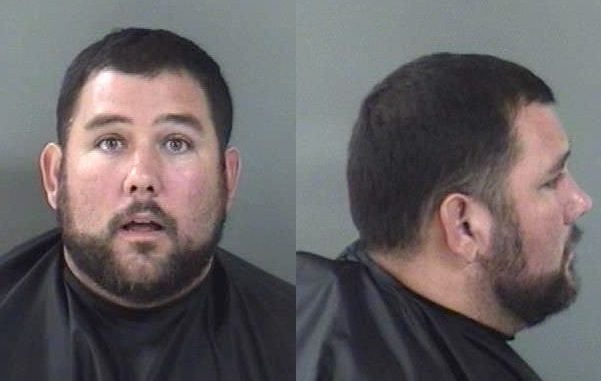 VERO BEACH – Charges have been dropped against a Vero Beach man after the mother of his 4-year-old daughter accused him of child molestation, according to court records.

Last month, we reported the arrest of James Baird, 34. Soon after, several people proclaimed his innocence and said the girlfriend and her mother allegedly made up these allegations to have him arrested.

Some people allege that the arrest was nothing more than a plot over a custody battle.

Baird told investigators that he was only trying to get his arm out from under the child while he was holding her, according to the affidavit. The mother accused him of touching her private parts.

One person we spoke with, who wanted to remain anonymous, told Sebastian Daily that she’s known Baird and his family all her life. The source said Baird’s ex-girlfriend and her mother allegedly started the allegation.

“This man does not have a mean bone in his body,” an anonymous source stated. “If I were him I would have worked towards getting her arrested for filing a false report.”

Sebastian Daily tried to reach out to Baird for comment.

Sadly, claims of sexual abuse or molestation are sometimes “a weapon of choice” among couples engaged in a bitter separation.

“It is with a view to stopping a father having access to his children,” Family law solicitor Marion Campbell said. “They are absolutely appalling allegations to make, and it’s a desperate thing to do to anybody.”

Campbell said sometimes a social worker will get involved to find out what exactly is going on.

Campbell also said that if she suspects that a client is making a case of molestation against a father, she tells them to be very, very careful.

In addition, Campbell said that if it was subsequently established that a mother’s claims were deliberately malicious, the court may transfer primary care of the child to the father.