Body of Brandon Gilley of Sebastian Confirmed in Fellsmere 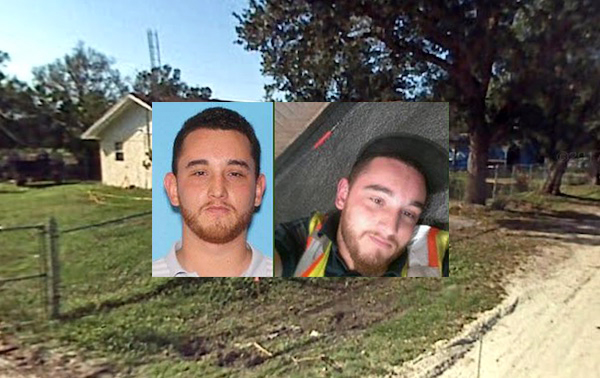 Authorities confirmed the identity of the body found in Fellsmere to be that of Brandon Gilley of Sebastian. The skeletal remains were found Wednesday almost a year to the day he disappeared, according to the Indian River County Sheriff’s Office.

The news of his death comes eight days after Sebastian Daily published an article about the one year disappearance of Brandon Gilley. A day later, on Tuesday of last week, the Indian River County Sheriff’s Office published a missing poster of Brandon Gilley on its website and Facebook page. Investigators then found the remains last Wednesday.

On Thursday, the sheriff’s office said they found the remains of a body buried behind a home that used to sell drugs to Gilley. Two people at the home were arrested.

An autopsy was conducted earlier this week on the body recovered from the back yard of a home in Fellsmere last Wednesday night. Detectives positively identified the body as that of missing Sebastian man Brandon Gilley. The case is now officially a homicide investigation, according to Major Eric Flowers.

“Since his disappearance, our detectives have worked to find out what happened to Brandon. Now that we have located the body of Mr. Gilley, our efforts are focused on bringing his killers to justice, which will ultimately bring closure to his family. Detectives are conducting interviews with witnesses and suspects as our efforts are now dedicated to making an arrest,” Indian River County Sheriff Deryl Loar stated.

Investigators said cadaver dogs alerted to an area in the back yard of the home. Detectives then probed the ground where the dogs alerted and marked off an area to begin digging. Over the course of several hours, detectives uncovered the skeletal remains of Brandon Gilley approximately three feet below the ground.

Gilley, who was 23-years-old when he went missing on April 7, 2018, was last seen at the Winn-Dixie grocery store in Sebastian. About two weeks later, his car was found abandoned in Palm Bay and was seized by the Indian River County Sheriff’s Office.

“Brandon was an excellent electrician who took great pride in his work. Brandon was a loving son, who adored his sister, his grandmother, his mom and wanted nothing more than to be our ‘protector.’ He was an amazing uncle to his only nephew Brodie,” Tammy Gilley told Sebastian Daily.