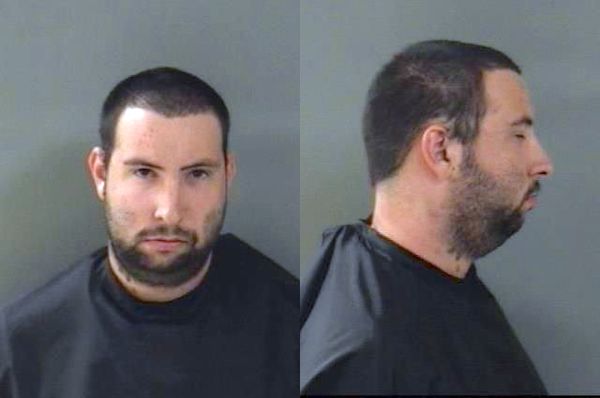 Man arrested for pornography and molestation charges in Sebastian, Florida.

SEBASTIAN – In the month of February, Indian River County Sheriff’s Detectives received a cyber-tip about child pornography being uploaded from a Sebastian home. Through their investigation, detectives obtained a search warrant for the home in 100 block of Alhambra Avenue in Sebastian.

The search warrant was executed Monday, resulting in the recovery of hundreds of images of child pornography. Detectives interviewed Randall Hitchcock, 24, who admitted to possession and transmitting child pornography. During their interview, they also determined that Hitchcock had molested a twelve-year-old child last summer.

“We are aware that Mr. Hitchcock worked as a dishwasher at Strike Zone Entertainment and spent time at Riverside Church. There may be other victims in this case and we are asking parents to speak with your children to determine if any other inappropriate relationships have occurred. We are concerned for their safety and well-being,” Indian River County Sheriff Deryl Loar stated.

Hitchcock was arrested and charged with two counts of lewd and lascivious molestation. He is currently being held at the Indian River County Jail on $200,000.00 bond. Detectives are currently seeking additional charges for possession and transmission of child pornography and expect those charges to be added later today.

Anyone with information on this case should contact Detective Aaron Scranton at 772-978-6127 or ascranto@ircsheriff.org. You can remain anonymous and possibly be eligible for a reward by contacting Treasure Coast Crime Stoppers at 1-800-273-TIPS (8477) or on their website at www.tcwatch.org.

Body of Brandon Gilley of Sebastian Confirmed in Fellsmere