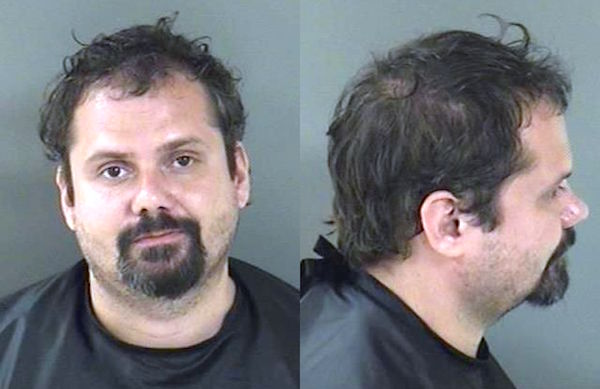 VERO BEACH – The Vero Beach Police Department received a call from Ay! Jalisco, a Mexican cuisine restaurant, in reference to a man leaving without paying a $156.63 tab.

Brett Johanson, 30, left the establishment after eating food and consuming alcohol. The employees pursued Johanson on foot, catching him a block away from the Ay! Jalisco restaurant.

Johanson told police that he “left $100 on the table before leaving.” When officers told him that the bill was $156.63, Johanson stated that the restaurant had “added food and drinks to his bill that were never ordered,” according to the report.

Officers placed Johanson under arrest and found a bottle of hot sauce that belonged to the Ay! Jalisco Mexican restaurant.

“Okay, I admit I did steal that bottle of hot sauce from the restaurant,” Johanson admitted, according to the report.

Johanson was charged with “Obtaining food or lodging with intent to defraud.” He was released from the Indian River County Jail on $500 bond.

How The Fed Rate Hike Will Impact Sebastian Real Estate

How The Fed Rate Hike Will Impact Sebastian Real Estate