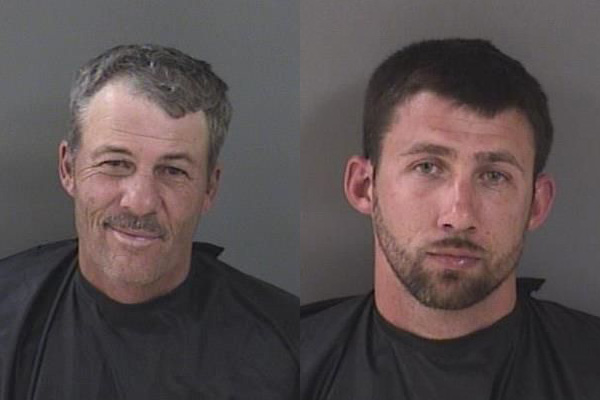 Upon arrival, officers spoke with a Sebastian man who said he was attacked after he confronted two men who cut the line of trucks to use the boat ramp. When the victim asked the two men why they cut the line, the three men began to argue near the boat ramp.

Moments later, one of the men, later identified as 52-year-old Thomas Mark Bianchi of Lakeland, grabbed the victim by the throat and choked him, according to the report.

Then, another man, later identified as 27-year-old Brandon Mark Bianchi of Lakeland, jumped from his boat and punched the victim on the right side of his face, the affidavit said.

Several witnesses who were in line to use the boat ramp said the two men attacked the victim after they cut the line, police said.

One of the witnesses told police that Thomas Bianchi yelled that he would “choke the fu** out of him” before he grabbed the victim’s neck. The witnesses also observed Brand Bianchi jumping off out of his boat and running up to strike the victim in the face.

The two Lakeland men were arrested and charged with Battery.