Who was Logan Spencer in Sebastian, Florida? 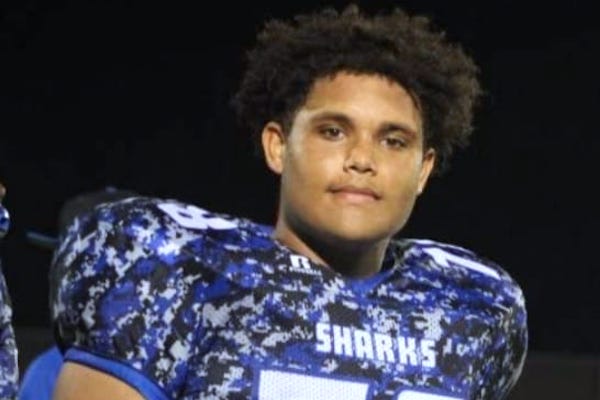 A community mourns the loss of Logan Spencer in Sebastian, Florida.

SEBASTIAN – When we found out on Friday that the body of Sebastian River High School student Logan Spencer was found in Fellsmere, we couldn’t believe it.

Spencer had been missing since Monday, and we thought for sure he would turn up safe. We had just posted the Missing Child poster on Thursday after speaking with his family. He was liked and loved by hundreds of people in Sebastian.

He had a big personality, a beautiful smile, and a heart of gold. He loved baseball, fishing, and his family.

Many people in this town watched Logan grow up at the Barber Street Sports Complex. He was like a son to countless baseball families.

“Logan not only played baseball he was such a natural. He was one of a few that were born with pure talent. It was a nightly occurrence, during games mostly, that Logan walked up to home plate to bat, he would hit the ball either to the fence or over the fence. Logan played the game so effortlessly,” Julie Sharkey-Villars told Sebastian Daily.

Sharkey-Villars said she met Spencer while her son Andrew played baseball with him at the fields. She also said that while we cannot change what happened, we can all add our memories about Spencer that can help people heal from this significant loss.

“Logan had a million dollar smile, and he often hugged all of his friend’s mom’s, including me. What I wouldn’t give to get one more hug,” said Sharkey-Villars.

Sharkey-Villars recently went to the store and bought 200 red solo cups and spelled out Logan’s name a few hours before the Little League opening at the park on Barber Street.

On Saturday morning, we received a call from a teenager who knew Spencer and was quite upset. When he heard the news Friday, he went directly to a sidewalk in Vero Lake Estates where Spencer had etched his name.

Another teenager told us that while other kids picked on him in school, Spencer went out of his way to talk to him.

People remember Spencer’s bubbly laugh and said he would light up a room with his smile. Many parents remember hearing his bubbly laugh in the dugouts at the fields. It was a very distinctive laugh that would carry throughout the complex.

Spencer was also a football player at the Sebastian River High School. The team’s Facebook page posted an announcement:

“Good afternoon Shark Nation, I am at a loss for words, with a heavy heart, as we lost one of our SHARK WARRIORS last night, Logan Spencer #78. Logan was a friend and brother to our boys. He was a great player and a life long Shark. Please respect the family and his friend’s privacy at this time,” the team said.

Many people have special memories of Logan Spencer. He was a young man with so much talent; our town lost a great young man who barely even began to start living his life.

Let’s come together as a community and get justice for Logan Spencer and his heartbroken family. Put yourself in their shoes, and please come forward if you have any information that may help find his killer(s).

Authorities are asking that anyone with information about this ongoing case call Treasure Coast Crime Stoppers at 1-800-273-TIPS or tcwatch.org.

You can remain anonymous and may be eligible for a reward of up to $3,000.