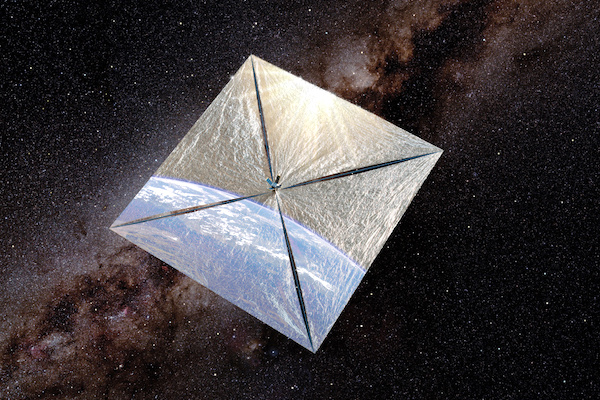 A depiction of a pcube-shaped object seen in the skies over Grant, Florida.

There was a report of a UFO earlier this month in Grant-Valkaria, Florida, according to the National UFO Reporting Center. In the past, some of these reports have been debunked as a camera lens flare or some other explained object.

The alleged UFO incident occurred on June 4, 2019, at approximately 5:00 a.m. when a large cube-shaped object was seen rotating at a high rate of speed for approximately four minutes.

The person who allegedly saw the object said it resembled a very large Mylar solar sail.

“The period between flashes were as short as 3 seconds and as long as 20 seconds. I counted sixteen flashes with two periods repeating themselves; 4.11 seconds, 14.82 seconds,” the report said.

In the past, there have been other reports of UFOs near Sebastian.

In December 2018, a man and his son said they allegedly saw a UFO near Orchid Island moving from east to west. The unidentified flying object still hasn’t been explained.

“Short bursts of light or illuminated exhaust followed it in a regular on/off pattern. No debris was seen, as might be expected from space junk re-entering the atmosphere,” Arthur M. Doweyko Ph.D. told Sebastian Daily.

In December 2016, there was an alleged UFO sighting in Sebastian that showed up after taking a picture. MUFON, the Mutual UFO Network, told Sebastian Daily that is was just a lens flare from the camera.