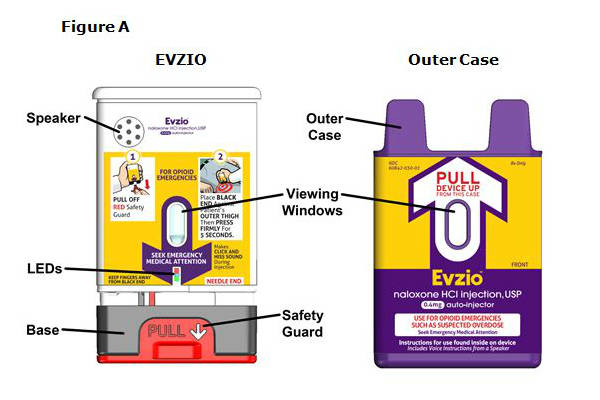 VERO BEACH – EVZIO (naloxone HCI injection) auto-injectors will be used by officers to help in the fight against opioid overdose deaths, according to police.

The Vero Beach Police Department has received a donation of EVZIO naloxone auto-injectors from Kaleo, a Richmond, Virginia based pharmaceutical company. All sworn officers have been trained to administer the auto-injector in their capacity as a first responder in the event of an opioid overdose emergency.

EVZIO is an FDA-approved naloxone product specifically indicated for the emergency treatment of known or suspected opioid overdose as manifested by respiratory and/or central nervous system depression and is intended for immediate administration as emergency therapy in settings where opioids may be present, including outside of supervised medical settings.

EVZIO is a pre-filled, single-use, hand-held auto-injector that works by temporarily blocking the effect of an opioid, potentially reversing the life-threatening respiratory depression and allowing the recipient to breathe more regularly.

Each EVZIO device uses voice and visual cues to assist in guiding the user through the process and delivers a single 0.4 mg dose of naloxone. EVZIO is not a substitute for emergency medical care.

The rising number of overdose deaths from opioid-based prescription drugs and heroin is one of the top concerns for our community. This product delivers a potentially life-saving dose of naloxone via a simple to use auto-injector system that is easy to carry and administer to someone experiencing an opioid overdose.

With this donation, Vero Beach police officers will have an opportunity to make a real difference in the fight against opioid overdose deaths.

EVZIO first became available in the United States by prescription in July 2014.