Gilliams-Parris trial was about crimes, not politics or environment – Editorial 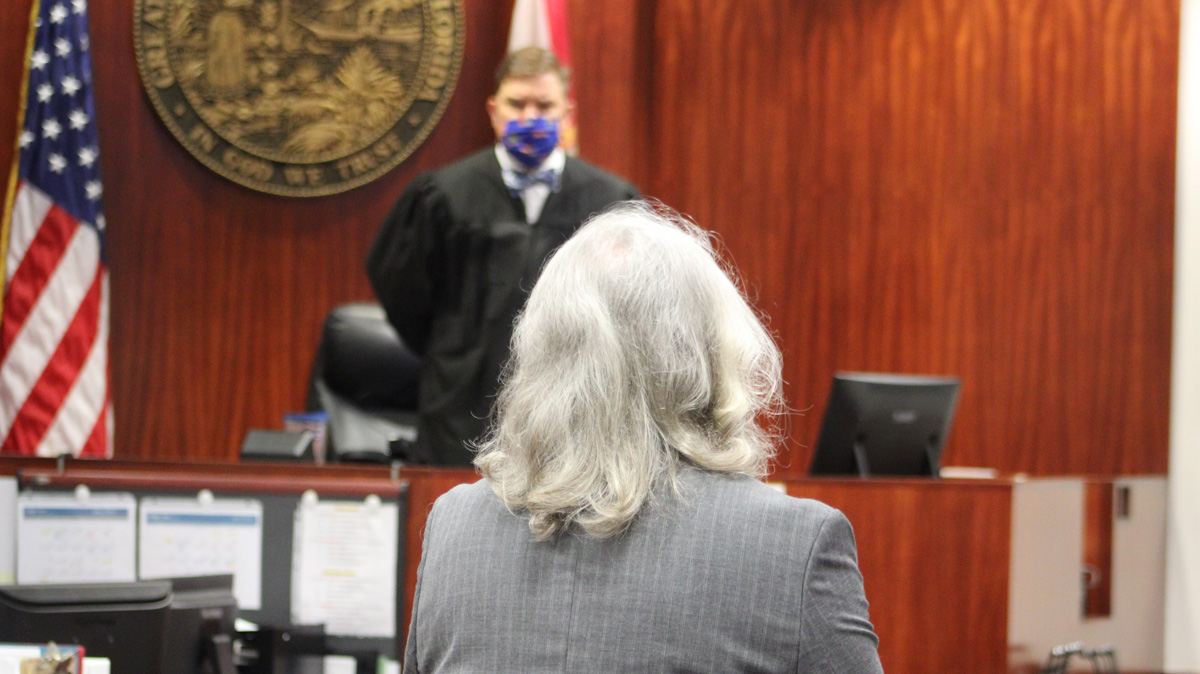 Editorial/opinion – For nearly two weeks, the criminal trial for Damien Gilliams and Pamela Parris showed the people of Sebastian just how illegal the meeting was on April 22, 2020.

The jury’s verdict showed that the alleged illegal meeting of violating the Sunshine Law was severe. The final verdict was justice for the citizens of Sebastian. Gilliams and Parris will be sentenced on June 21, 2021.

Sebastian Daily was the only news organization that attended the trial from start to finish. There’s nothing special about that, as it’s our job to be there and report about the trial.

But some reporters from other news organizations were only there for the opening and closing arguments. It was the biggest news story in Indian River County. They were also quiet last September following the successful recall.

After the trial, one of the reporters published an article stating it was bad to be an environmentalist in Sebastian. Another reporter would drop in late and stay one hour for about three days, then publish an opinion column stating the trial was all about politics. As if he knew everything about the trial.

The truth is, the trial was about crimes against the people. Following the infamous meeting, the citizens were angry that the former Council members would try to make decisions or overtake the city during a pandemic.

Former City Council members Damien Gilliams, Pamela Parris, and Charles Mauti would be booted from office during the Sebastian recall, a huge victory for the citizens.

The City of Sebastian has done more to protect and clean the Indian River Lagoon than any other municipality in the county. Unfortunately, this truth doesn’t get reported enough.

But the radicals will tell you differently, misleading the people into thinking the Sebastian local government is trying to kill everything with herbicides. Most people in Sebastian care about the environment. What they don’t care about are the handful of people who are radicals on the subject.

There isn’t one conclusive study that suggests that herbicides killed the seagrass in the lagoon. There have been studies done, but nothing definitive.

Everyone who’s been here 20+ years (or 45 years like my family) knows that there’s been a seagrass problem since the early ’90s. First, it was about the clam rakes, and then they blamed it on the manatees eating it all, then it was the water runoff from homes being built in Sebastian.

We recently debunked a propaganda video attempting to mislead the people of Sebastian. Then, the Pelican Island Audubon Society gave the person an Environmental Citizen Award based on no evidence, facts, or science. Just a “gut feeling” video. The nonprofit organization has its headquarters based in Vero Beach instead of Sebastian.

Common sense tells us that there are a variety of reasons why the lagoon is in bad health. However, our part of the lagoon has been alive and well. Some people say it’s dead.

The good news? Seagrass is returning in the lagoon after the Sebastian Inlet District discovered six more acres of growth. We published that story last month.

I published an editorial explaining that the manatee deaths are not from spraying herbicides as the self-described environmental “educators” with no degree on the subject would have you believe.

In the editorial, I pointed out that the manatees dying in northern Brevard County could be due to the massive sewage leak that occurred in December. We reached out to experts, such as a Ph.D. from the University of Florida and Kim Haigler, who works for the City of Sebastian. Haigler has a degree in the subject, and we’re lucky to have her working for our city.

We have experts here locally who are familiar with the lagoon. Look no further.

The only person attempting to make the trial about politics besides another news organization is Damien Gilliams.

Here’s what Mr. Gilliams posted on Facebook after he bailed out of jail.

Gilliams writes, “We will keep fighting to protect the environment and our way of life in Sebastian. Stop the spraying. Stop the spending. Stop the stealing. Thank you to all my supporters. I love you all.”

Gilliams, who owns the No Name Bar in Sebastian, would also write on Facebook that his so-called supporters bailed him out of jail. Last year, not one of his “supporters” donated anything to his GOFUNDME when collecting money to hire a lawyer.

Gilliams has tried to make the trial and jury verdict about politics, as if he’s a victim or something.

What we do know is that a jury convicted Gilliams on every single criminal charge, and he’s getting sued for violating the Sunshine Law.

The trial was about three former council members who violated the Sunshine Law, and two were charged with perjury after lying to investigators. One cooperated with the State Attorney’s Office, and the other two were convicted for their crimes by a jury.

This trial was not about politics or the environment. It was about people in office trying to fire city staff and appoint one of their own as the new mayor. Residents called it a coup during the pandemic when most of them were jobless, or their businesses shut down because of COVID.

We’ll be at the courthouse to report the sentencing for Gilliams and Parris on June 21, 2021.