Friends in Sebastian throw themselves a “Senior Prom” 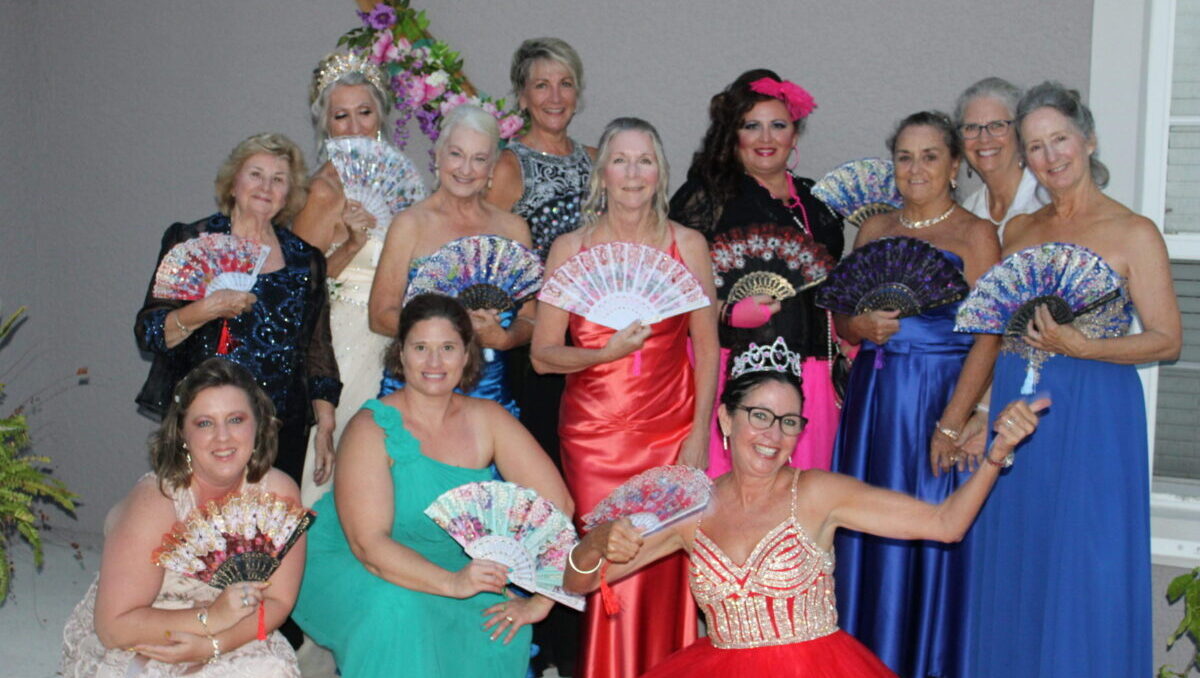 Group of friends have their own prom

Sebastian residents give the term “Senior Prom” a whole new meaning. Proms are usually thrown for Seniors in High School, but why not have one as adults, just for fun?

On New Year’s Eve 2021, a few girlfriends started chatting about how they never got to attend their prom in high school, and so the ball got rolling.

They mentioned it to their close group of friends, and things took off from there. The prom got underway on Saturday at approximately 6:30 p.m. as people arrived at a designated home decorated with fancy lighting and candies.

The men were asked to wear a tuxedo t-shirt as the ladies knew it would near impossible to get them to agree to the prom if they had to get all dressed up.

Of course, the ladies took advantage of the opportunity to get all dressed up. We’re talking long gowns, sparkling shoes, jewelry, nails, and hair.

The event was filled with laughter, music, pizza, wings, and spiked punch.

Also attending to support their prom was City Councilman Fred Jones and his wife Carrie dressed up and ready for the celebration.

“My wife and I had a wonderful time with great friends. I personally wasn’t able to attend my High School Prom because I had to work to help support our family,” Jones told Sebastian Daily.

Some of the couples were celebrating their 2nd prom together

Steve and Ann Lucier were high school sweethearts who attended their high school prom together and brought their yearbook to prove it.

Debra Worthington, a former Sebastian resident, came back from North Carolina to celebrate with her friends.

“Worth the trip! It was great seeing our Sebastian friends,” Worthington told Sebastian Daily.

How the prom idea started

“The idea of the prom was because we found out Theresa had never been to a prom. It turns out other people hadn’t either and now felt that they had missed out,” Jane Swanda said.

Theresa Burdick did most of the women’s hair for the prom and later jumped in the pool during the event.

“Best prom ever, love to all who made my first prom possible,” Burdick said.

Here’s a few photos from the prom.