Why does City of Sebastian own property? 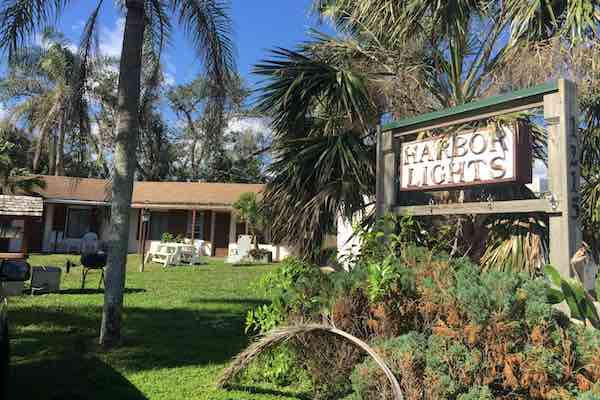 Editorial/Opinion – It’s a question circulating on social media and inside our local businesses. Citizens want to understand what the city is doing with their tax dollars and why they purchase waterfront property.

I wrote this piece hoping to address those questions since I’ve attended many city council meetings, interviewed city staff, and obtained public records.

The two waterfront properties that keep coming up are the locations of Crab E Bills known as Fisherman’s Landing, and the old Harbor Lights Motel. Some people don’t think the city should be in the real estate business.

One business owner said government-operated businesses with cheap rent are an unfair advantage to other local establishments. However, there are restrictions to city-owned properties leased by tenants, such as the number of seats or hours of operation. The conditions in the agreement are to prevent competition with other businesses.

Some residents blame the city for not doing anything to save Archie’s Fish House next to the Sebastian Saltwater Marina, even though its owned and managed by the county. People then blame the city for not buying Judah and Sons fish market in Sebastian. But there was no chance to buy it since Judah and Sons quickly sold it to a private investor who tore it down to build a new home.

So, how did the City of Sebastian get into the property business along the waterfront?

The city has watched the waterfront change over the past 20 years as people have steadily bought up most of the land and turned it into homes or condos. The city decided to do something about it by buying some of the waterfront property, sometimes using tax dollars, other times using grants.

For example, the Harbor Lights Motel, with property on both the east and west sides of Indian River Drive, sat for years, and no one wanted it. So, the city purchased it to preserve the land on the east side. They didn’t want someone coming in and putting a home there next to the Main Street boat ramp. They plan on keeping the east side and selling the west side, where the motel has been for decades.

If they can sell it, and I’m sure they will, it will be a good return investment, putting money right back into the city’s budget. The city paid $750,000 for the property. Today, the west side could sell for much more, potentially doubling the city’s investment.

So, what about Fisherman’s Landing, where Crab E Bills is a tenant? The city purchased the property using funds from the Stan Mayfield Working Waterfront Grant to preserve the waterfront and to use the property to promote fishing. There’s a good chance the property today would have been another home or a 2-story condo had the city not purchased it.

Before the purchase, the building sat with weeds and vegetation growing on it for many years with no public outcry. Today, some people want the building saved at all costs.

The city has a tenant in an aging structure, and it’s falling apart right before them. The building has severe structural damage, and the foundation is at risk. The city does not want to work on the structure while a tenant is occupying the space. It’s not something that’s regular exterior maintenance; the building itself is failing.

When the lease expires with the tenant in 2024, the city will either restore the building to its glory or tear it down and build a new facility with an old theme that will compliment Sebastian’s heritage. Like any decision, the public will have an opportunity to provide public input when it comes up on the agenda with the City Council.

The city is not buying up land with office plazas and renting them out. They have no interest in becoming landlords. Instead, they purchase property to preserve the waterfront and help save local heritage. That’s why they created Fisherman’s Landing. It will remain a fish market, a small eatery, and a museum about Sebastian’s heritage.

Some residents suggest selling the property and building, allowing private investors to take over and handle it. But at the same time, they accuse the city of wanting to bulldoze the building to make way for new condos. The city has no interest in building condos or putting an auto parts store on the waterfront; that is why they purchased it in the first place.

If private investors purchased this property, there would, without a doubt, have been a home, condos, or even mobile homes placed there. Has anyone seen what the county is allowing on north Indian River Drive? Take a ride up there and see for yourself. It’s in the county, not the city.

Some people are not a fan of their local government owning property, but the city has shown interest in preserving the property on the waterfront over time. They are not interested in making it commercial. The facts are there.

If the building at Fisherman’s Landing is condemned, it would be because it is a failing structure and a public safety concern, not for the city to profit. As long as the city owns the property, it will be for Sebastian’s heritage and nothing else.