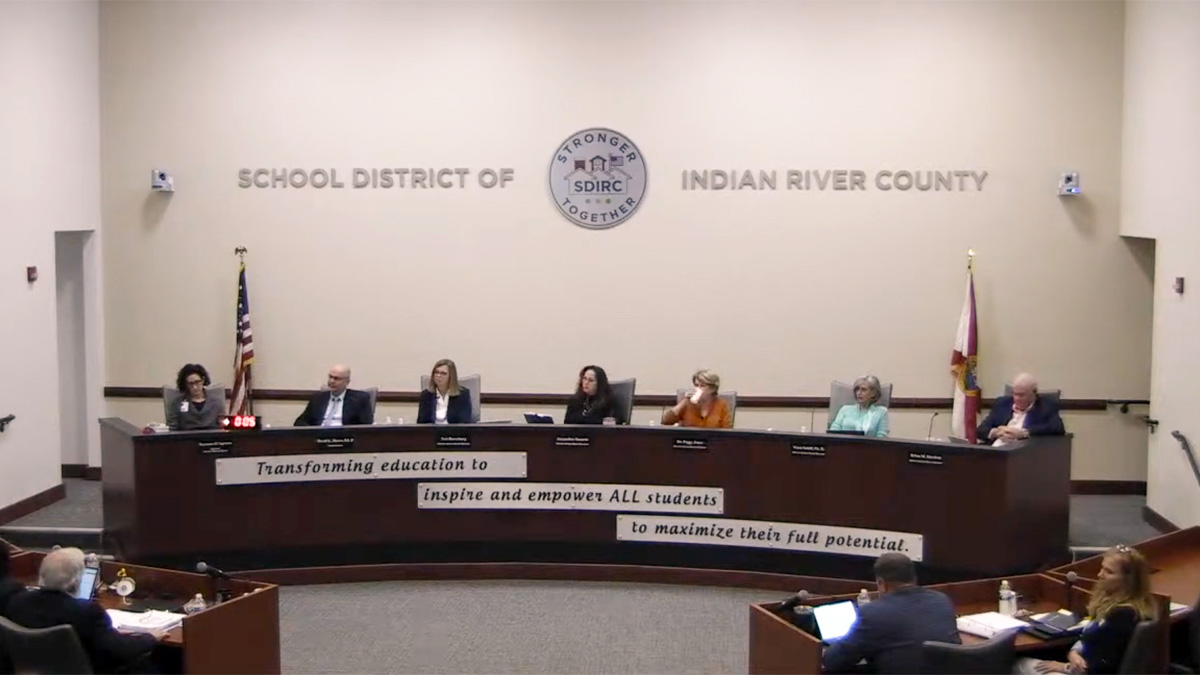 On Tuesday, Nov. 17, 2021, Moms for Liberty addressed the School Board in Indian River County about several books found in school libraries that may be against the Florida Law to protect children from pornography.

Jennifer Pippin, the chairman for Moms for Liberty Indian River County, spoke at Tuesday night’s meeting about some of the books found in the school libraries.

“The statutes are in place to protect children from the authors, publishers, and the people who want to sexualize children. What adults do behind closed doors is their own business. Parents have the final say in what’s best for their children,” Pippin added.

Recently, one book called “All Boys Aren’t Blue” was pulled from the Vero Beach High School after the non-profit group brought it to the school board’s attention. The book was also found in an elementary school in Pennsylvania.

Many parents told Sebastian Daily they were horrified to learn that the book available for children discusses sexual orientation in graphic detail about two young male adults. Moms for Liberty says the book violates Florida Law.

Pippin provided a list of books that she feels are deemed pornographic but says they do not include the Bible, Catcher in the Rye, Dr. Seuss, or Shakespeare. Last week, there were approximately 51 books on the list, which Pippin said violates statutes and laws.

Pippin says the reading material is available for children K-12 and is in violation.

“As I think most people would agree that sexualizing children or normalizing sexual explicit information against state statute would be wrong to do,” Pippin said.

Superintendent Dr. David K. Moore said that he has already met with principals about the problems, and many books have come off the library shelves for district and school reviews. He also said new policies would be created to make sure books follow the statute.

The School Board voted unanimously to direct Dr. Moore to complete a full assessment of school libraries.