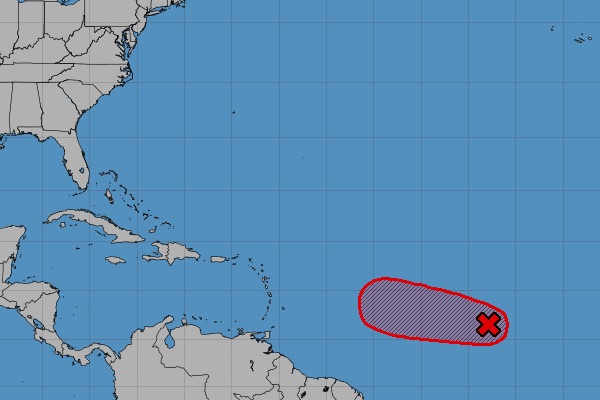 The National Hurricane Center (NHC) says a tropical depression is expected to form today in the Atlantic.

“Environmental conditions are expected to become more conducive for additional development, and advisories could be initiated on a tropical depression as early as later today if these development trends continue,” the NHC said in a statement.

The disturbance is about 900 miles west-southwest of the Cabo Verde Islands.

The system is forecast to move west-northwestward at around 15 mph during the next few days.

There’s a 90 percent chance of formation within the next 48 hours.

Which way will it go?

Future models show the storm system taking a northern turn without hitting land. However, as we saw with Hurricane Dorian last year, it’s still too early to predict.

Environmental conditions could keep the system disrupted, such as Saharan dust in the air from Africa, and a high-pressure system could keep it offshore.

Right now, the system poses no threat to Florida.

Sebastian Daily will continue to monitor the system and post updates when available from the NHC.