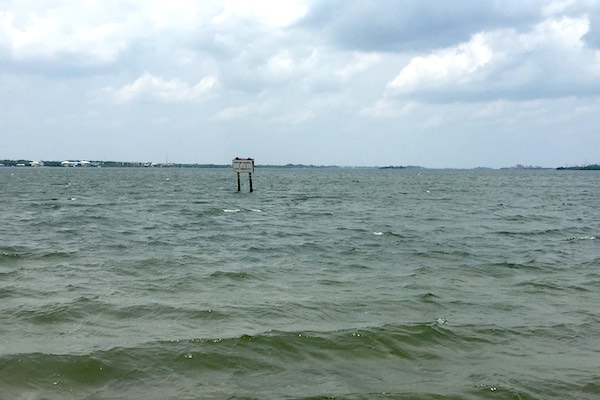 High winds this week with cooler temperatures in Sebastian, Florida.

SEBASTIAN – A cold front pushed thunderstorms and rain into Sebastian early Sunday morning with wind gusts of up to 30 mph.

As already reported by Sebastian Daily, the weather in Sebastian changed on Sunday and will remain this way for a few days.

Usually, when the winds are out of the west, we get the cold front along with the rain. Last night, the winds shifted from the east to the west. However, in recent weeks, we escaped the rain because of strong winds from the south.

Sunday will only have a high of 68 degrees, with temperatures dropping after 3:00 p.m.; Tonight’s low will be 40 degrees.

Monday will be mostly sunny and cold with a high near 64 degrees, overnight low near 56.

Tuesday will be cloudy with a high near 71, overnight low near 64 degrees.

Wednesday will warm up to 77 degrees, but the rain chance increases to 40 percent. Overnight low near 67.

Thursday will have thunderstorms with a high near 77, overnight low near 50 degrees.

The weekend looks colder, with highs near 65 degrees, overnight lows near 47. However, it’s still too early to predict what the weather will do by Friday. We’ll have another forecast later this week.

The main thing is these winds are going to be around for a few days with colder temperatures. There is some chance of rain for Monday and Tuesday, but the thunderstorms will be on Thursday.

Have a great week and stay bundled out!