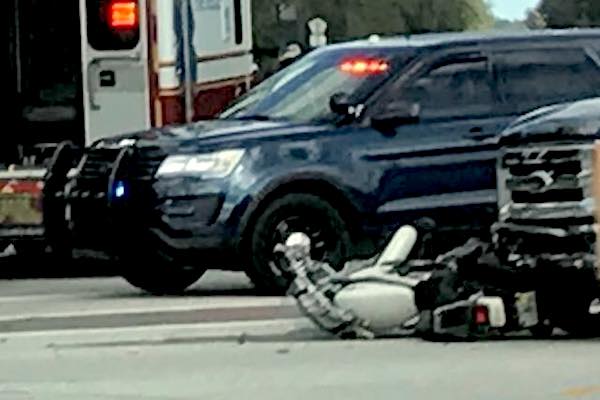 SEBASTIAN – A 67-year-old man died late Thursday morning of a motorcycle accident at the intersection of Roseland Road and Sebastian Blvd (CR-512), according to the Sebastian Police Department.

The accident happened when the motorcyclist turned left into the path of a Ford F-150 pickup truck operated by a 72-year-old man.

The motorcycle operator died in route to the hospital, according to Blackledge.

The roadway was closed in anticipation of the serious injury or death of the operator.

The two passengers of the pickup truck were not injured.

The deceased, whose name is being withheld pending notification of next of kin from out of state, was a South Brevard resident.

Blackledge said there would be no charges at it appears the deceased was at fault.