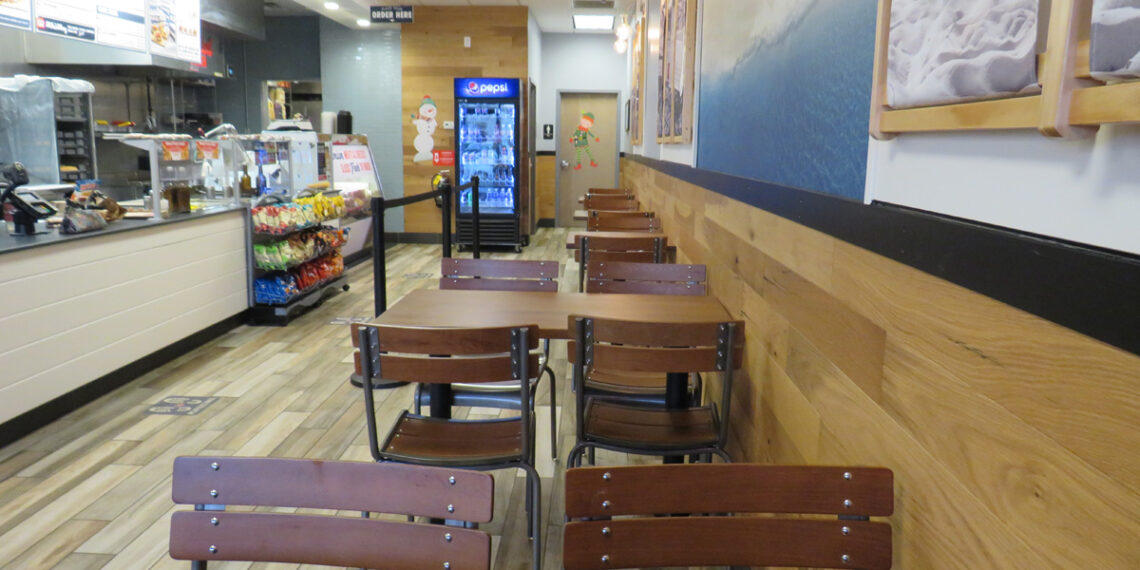 The month of August was busy with local area inspections throughout Sebastian. Most establishments continue to do well with consistency. CC’s Place had the best health inspection in Sebastian for August.

As we’ve said in past health inspections, nearly all restaurants have greatly improved, with fewer problems than we saw in 2016, 2017, and 2018.

The Taste of Asia, located at 925 Village Square in Sebastian, had 12 violations, with a high priority for allowing their food license to expire on April 1, 2022. Their Florida Division of Hotels and Restaurants license shows they are still delinquent. We’ve occasionally seen this with other restaurants, and it’s usually just an oversight. The inspector gave them more time to renew.

Some basic violations included dust and debris on food-storing shelves and prep tables, a couple of floor tiles cracked near their dishwashing machine, and kitchen floors needing a cleaning.

Earl’s Hideaway Lounge had 9 violations; all were basic with no high priority. The inspector found basic stuff like a knife in a handwashing sink and some dust on a fan near the walk-in cooler.

There were some gaskets on a cooler that needed repair and a wall that had some grease on it. Also, a ceiling tile had some dust on it. Again, all basic and nothing high priority, as noted by the inspector.

Rosie’s Bottoms Up, located on U.S. Highway in Micco, had 13 violations, but none were a high priority. Some basic violations were storing a frying oil container on the floor, ice buildup in the reach-in freezer, a dirty microwave, and a light fixture not functioning correctly.

The health inspector was also concerned about some chicken stored in the cooler a few hours earlier that was not dated. Other than those issues, their inspection went well.

The new Taco Chela that opened last month at 1103 U.S. Highway 1 had its first inspection since being opened. There were 8 basic violations for things like a door not fastened all the way, a chest freezer having ice buildup, a handwashing sink not being accessible to employees at all times, and a food item made the same day that was not dated.

Other than those essential items, the restaurant had an excellent first-time inspection. Check out our Taco Chela Food Review from last month.

Ay Jalisco, the restaurant serving Mexcian cuisine in Sebastian, located at 1814 U.S. Highway 1, had 10 violations. There was one high-priority violation for storing sour cream and shredded cheese at a temperature of 50 degrees instead of 41 degrees.

Some of the basic violations included grease buildup on hood filters in the kitchen, rusty shelves in the walk-in cooler, and a spray bottle with no label in the kitchen.

The inspection for Village Tavern went well, with only 5 violations. They had one high-priority violation involving the temperature of a cooler storing cold cuts at 60 degrees instead of 41 degrees. The issue was corrected while the inspector was present.

The other basic violations were a sink handle in disrepair and an unorganized storage area.

Doughboyz Pizza had 7 violations total. They received a high-priority violation for storing eggs near pizza sauce in the walk-in cooler, and the inspector found a utensil near the cooking equipment. The other basic violations were for dust on a wall.

Doughboyz has consistently had a low number of violations for the past couple of years now.

Wendy’s, located at 1625 U.S. Highway 1 in Sebastian, had 4 violations. Two of the violations were a high priority: no time stamps on cheese and a vacuum breaker missing.

The other basic violations were for ice buildup in the reach-in feezer and some dust next to a steam well that’s no longer in use. Wendy’s has done well in previous inspections, with only 3 to 4 violations per inspection.

Vic’s Pizza received 12 violations. Three were high priority for storing ground beef over raw shell clams and pizzas at the cook line at room temperature for 1 hour. They also had a meat roast held at less than 135 degrees. The high-priority violations were corrected while the inspector was present.

Some of the basic violations included things like cans of chicken stored on the floor, a dirty microwave, a wiping cloth not properly at a level to sanitize, and some dust on a cabinet.

CC’s Place, located at 482 U.S. Highway 1 in Sebastian, only had 1 violation for a handwashing sink not accessible for employees at all times. No high-priority violations.

Over the years, CC’s Place has been very consistent with its health inspections, with only 1 or 2 basic violations.

Wasabi Thai Sushi received 15 violations, but only one high priority for a malfunctioning dishwasher machine. Some of the basic violations were for things like dust in the hoods, cracks in the walk-in cooler, a hole in a wall, a handwashing sink used for other purposes, no paper towels near a sink, and some rice and pasta had no dates on packaging.

Although they had many violations, it was more about building and equipment maintenance than anything else.

Jersey Mike’s Subs, located at 13513 U.S. Highway 1, in the Riverwalk Shopping Center in Roseland, had 6 violations; one was a high priority for a missing vacuum breaker at a mop sink faucet.

The basic violations were a broken light fixture and some dusty shelves. Past health inspections have all been low with violations, not more than 6.

How Do All Restaurants/Bars Rank?

You can see how all the businesses in Sebastian rank by visiting our full list of Sebastian Health Inspections.