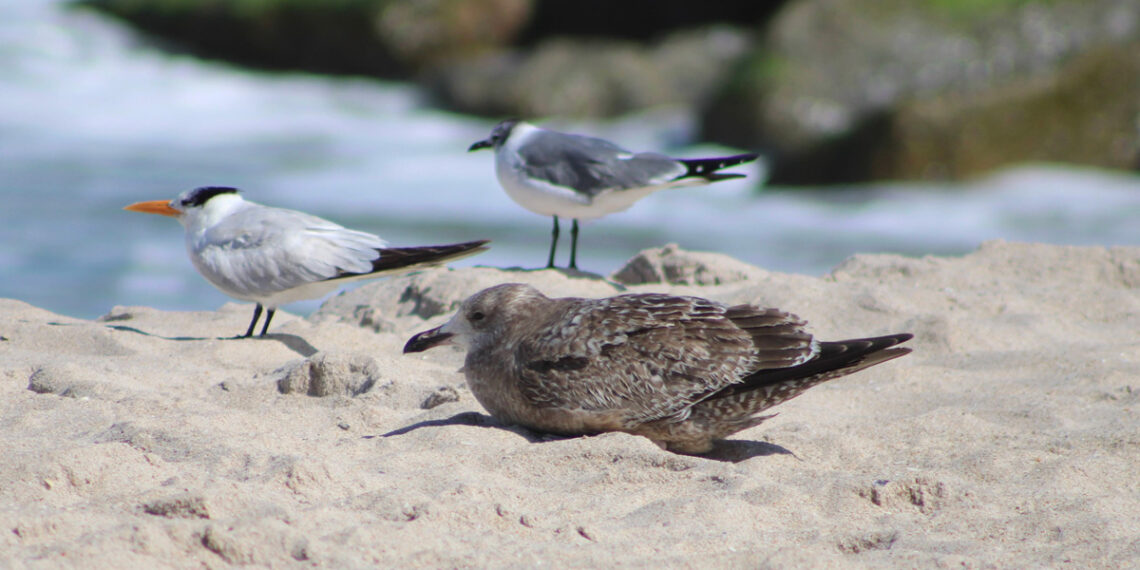 Shorebirds on the beach near Sebastian Inlet (Credit: Andy Hodges)

The Florida Fish and Wildlife Conservation Commission (FWC) reminds the public that shorebirds and sea turtles still rely on beaches near Sebastian for nesting during the Labor day holiday weekend.

To help nesting sea turtles and shorebirds, give them space by removing beach gear and keeping the beaches clean and dark at night. It is also a good idea to fill in holes dug in the sand before you depart the beach.

“Florida’s sandy beaches provide critical nesting habitat for several species of imperiled sea turtles and shorebirds. Some sea turtle hatchlings are still emerging from nests on many beaches around the state, trying to make their way to the ocean. Any interference, including artificial lights and getting too close, can cause hatchlings to be confused and lose their way, endangering their chances at survival,” the FWC said in a statement.

In addition, shorebirds and seabirds are also dependent on our beaches for successful nesting, resting, and migrating.

“While shorebird nesting is ending for the season, flightless chicks and juveniles are still present with their parents on many beaches. Florida beaches also host vulnerable shorebirds and seabirds year-round,” the FWC said.

Birds, such as the piping plover and red knot, are returning to Florida’s beaches to refuel during migration and stay for the winter. The FWC says giving shorebirds and seabirds space to rest and forage benefits them all year.

Also, both sea turtles and shorebirds can benefit when beachgoers take a few simple actions when at the beach:

For more information about nesting sea turtles and how you can help, visit MyFWC.com/SeaTurtle or see the FWC’s “Be a Beach Hero” brochure.

For more information about nesting shorebirds, go to MyFWC.com/Shorebirds and download the “Share the Beach with Beach-Nesting Birds” brochure.