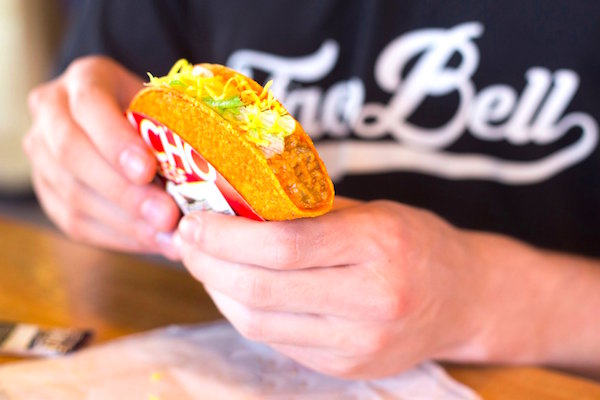 Get a free taco at participating restaurants. (Photo: Taco Bell)

SEBASTIAN – Make sure you pick up your free Doritos Locos Taco from Taco Bell today between 2 to 6 p.m. at participating locations.

It’s all part of the “Steal a Base, Steal a Taco” promotion by Cleveland Indians’ shortstop Francisco Lindor, who stole a base during the first World Series game.

No purchase is necessary. There’s a limit of one free taco per person while supplies last, according to the promotion rules.

The restaurant chain has run its “Steal a Base, Steal a Taco” promotion at the World Series. It works like this: if a baseball player gets a stolen base during the game, everyone gets one free taco.

Game 7 of the World Series is tonight between the Cleveland Indians and the Chicago Cubs on FOX.