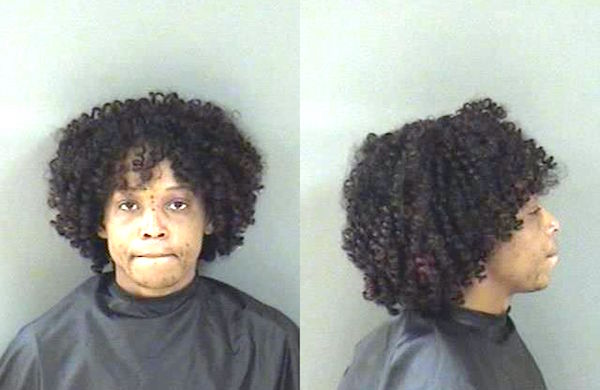 VERO BEACH – Two children, ages 10 and 12, jumped out of a speeding vehicle after the driver fled a deputy, according to an arrest report.

Afina Nichel McCunn, 38, of Vero Beach, was charged with child abuse, fleeing or eluding law enforcement, and driving while her license was suspended. McCunn remains at the Indian River County Jail Wednesday in lieu of $31,000 bail.

The two children were treated for injuries at Indian River Medical Center in Vero Beach.

The deputy said he noticed McCunn driving a Dodge Ram pickup with only its fog lamps on. As the deputy activated his patrol lights, McCunn pulled into a parking lot to comply but then decided to speed away north on 30th avenue.

McCann drove through several stop signs and then made a sharp left turn. The deputy then noticed two children falling out of the passenger door, the affidavit said.

The children got up and fled, but the deputy caught up with them. The girl said the driver was her mother and she instructed them to “jump out and run.”

The Indian River County Sheriff’s Office issued a warrant for McCunn’s arrest. She was taken into custody at her home Tuesday night.

McCann’s driver’s license has been suspended since 2010, when she was convicted of driving under the influence, the Sheriff’s Office said.