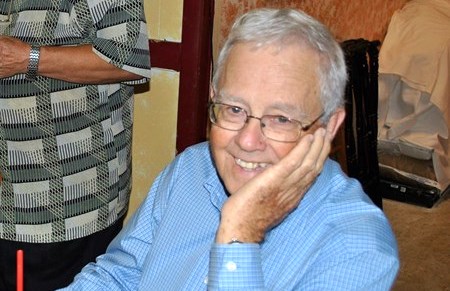 Frank grew up in Little Rock and moved to Eldon, Iowa, where he lived until he was an adult. He graduated from Iowa State (BA), University of Illinois (MA), and received his PhD from Florida State University in Mathematics Education and Statistics.

Frank started his college teaching career at Western Illinois University in Macomb, Ill., and retired from his career after 40 years as a mathematics professor at Indian River State College. Frank was a member of St. John of the Cross Catholic Church in Vero Beach.

Frank was first and foremost a lifelong educator with the deepest love and commitment to his family, friends and the students he impacted. He was a man of strong faith sharing a kind heart and positive light with all he met.

Frank was an avid golfer, enjoyed cycling, loved his Eldon roots, and cherished every moment with his only grandson, Jacob.

Frank was preceded in death by his son, William Frank Ward, III.

Memories of Frank will be cherished by relatives, friends and students throughout Florida, Iowa, and Arkansas.

Burial will follow at St. Vincent’s Catholic Cemetery in Rogers, Ark. Frank will be buried alongside his son, William Frank Ward III.