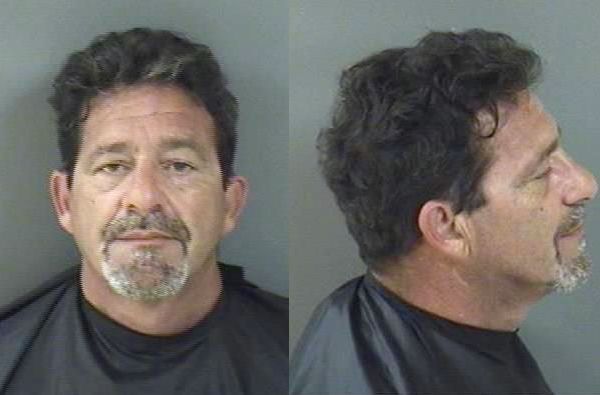 Joseph Louis Scozzari was found guilty of Battery by a jury after he punched a woman in the women's room at Earl's Hideaway Lounge in Sebastian.

Scozzari, 58, was found guilty of Battery. Judge Joe Wild also found Scozzari in contempt of court during the trial and ordered him to jail for 5 days. The judge will then sentence Scozzari for the Battery conviction on Jan. 31.

The June 2017 Battery started when the victim said she was in a verbal argument with another woman over a pool stick before Scozzari confronted her.

Joe Scozzari, who works as a roofing contractor, allegedly told the victim that he was a “police officer carrying a concealed weapon and was going to contact his police buddies,” according to the arrest affidavit.

About 20 minutes later, the victim said she left to use the restroom when Scozzari’s wife and another woman barricaded the door.

The victim then said Scozzari entered the women’s bathroom, walked up to her, and “proceeded to punch her in the face with a closed fist” and then kicked her “multiple times around her body,” the report said.

Another witness told police he heard Scozzari say, “you deserve what you got” to the victim.

Scozzari told police he was only in the women’s restroom looking for his wife because he could not locate her near the bar area. He claims that he heard a lot of screaming coming from the bathroom and that’s when he managed to push the door open.

Scozzari also alleges that another man named Joey punched him in the face.

Police watched surveillance video from a camera that’s outside the public restrooms and saw Scozzari exiting the bathroom in a “very hostile” manner, police said.