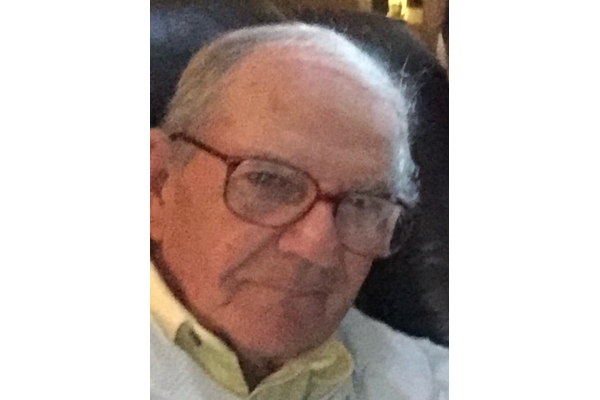 He was born in Somerville, MA on November 12, 1924, to James B. and Catherine (Lewis) Moore. Jim shared over 69 years of beautiful marriage with his late wife, Marie (Cherksey) Moore who passed in 2015.

He was a WWII veteran of the Italian Campaign, fighting bravely as an army ranger in Italy up to the liberation of Rome. The family moved to Hampton, NH from Toms River, New Jersey in 1959. They moved to York, ME in 1974 and to Greenland, NH, in 1984.

Eventually, they retired to Sebastian, FL in 1990, where he worked with a golf pro, Ray Ladd in his golf shop.  He was an avid golfer and golf fan and talked about meeting celebrities and golf pros at different golfing tournaments, including Efrem Zimbalist, Jr, Jackie Gleason, and Donald Trump.

Jimmy was quite a character and had the ability to talk to anyone, his friendly and charismatic demeanor made him memorable to anyone he met. He told great stories about his life experiences and people he met along the way, and he loved to sing for everyone. He will be greatly missed by his family and friends and remembered fondly for his singing and his storytelling.

He is survived by his son Reverend Michael Bruce and his wife Mary Yoly Moore of El Paso, TX, his daughter, Colleen “Jaime” Poirier and her husband, Rene of Kittery ME and his son-in-law, Frank Hale of Fremont, NH.

He was preceded in death by his beloved wife Marie, his daughter, Susan Maureen Hale, his son James Brian Moore, his brothers Richard, Daniel & Roderick Moore and his sister Joan Roach.

A Graveside Service will be held at 10 AM on Saturday, November 20, 2021, in the Calvary Cemetery, Rt. 33 in Portsmouth, NH. Arrangements are by the Remick &amp; Gendron Funeral Home – Crematory, Hampton, NH.

Please visit RemickGendron.com to read Jim’s complete obituary, to sign his tribute wall, and or for additional information.

Scattered showers through Sunday in Sebastian

Scattered showers through Sunday in Sebastian