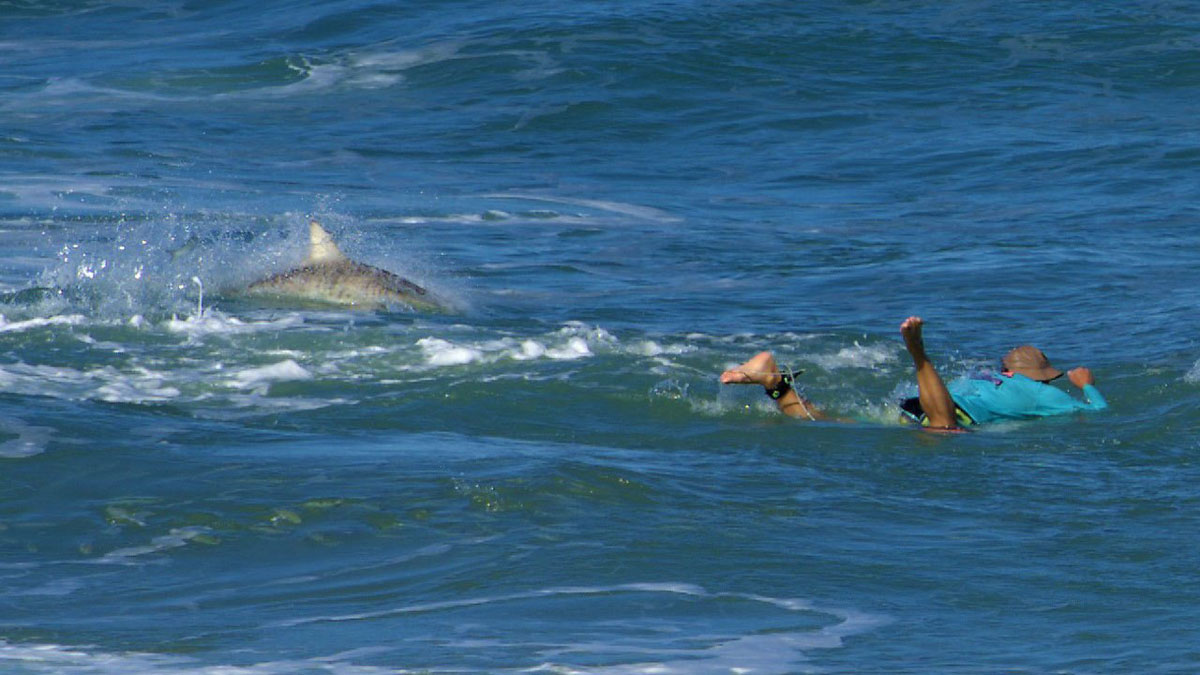 The mullet run has attracted all kinds of fish near the Sebastian Inlet, including sharks. Each year, during the peak months of September and October, you can see the mullet at the beaches along Florida’s east coast as well as the Indian River Lagoon.

Earlier this week, a surfer named Eli McDonald was catching waves near the Sebastian Inlet when he noticed several mullet swimming around him.

When we saw the photos, they looked like dolphins to us chasing mullet. However they were indeed Black Tip Sharks.

Then suddenly, he saw a few sharks swimming around. McDonald’s fiance, Laura Evans, began to take pictures as soon as she noticed a school of mullet jumping around him.

As McDonald was on the surfboard, he kept his hands and feet in the air as the sharks swam around him, going after the mullet. Evans watched from the shoreline in horror and was praying he didn’t get bit.

In the past, many surfers have been bitten by sharks during a mullet run.

Luckily, McDonald was able to swim away and made it safely to shore.

Medium-sized sharks love to hunt in the shallows near the beach for fish, but occasionally they bite swimmers and surfers during a feeding frenzy.

What to expect from the upcoming Sebastian City Council Candidates Forum