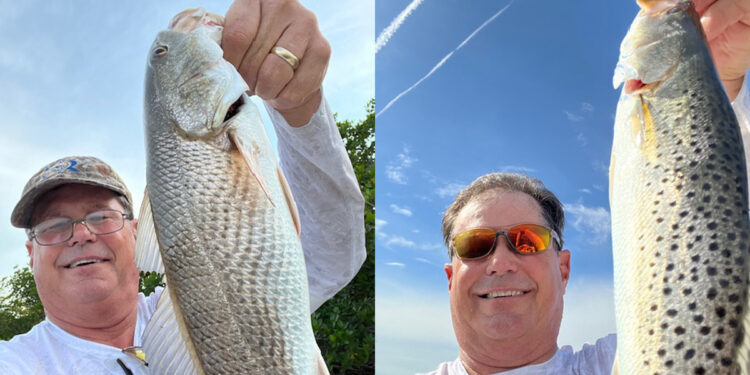 Mark Martin is catching some decent fish around the Sebastian Inlet

The baitfish we saw last week near the Sebastian Inlet has disappeared, but the fish are still biting in Sebastian, Florida.

Anglers are catching Spanish mackerel, small snook, and redfish on the incoming tide. In addition, bluefish and jacks have been seen near the beach area of the North Jetty, which is still closed due to recent hurricane damage. You can use silver spoons as bait.

The South Jetty is where most of the action has been seen, and it’s open. People are catching small snook, redfish, and seatrout, (incoming tide) but a lack of flounder due to dirty water, according to “Snookman” Wayne Landry.

The catwalks on both sides are closed.

Angler Mark Martin told Sebastian Daily they are catching fish in and behind the Inlet.

We are about to publish a weather report for the weekend. So far, the weather looks great.

If you plan to do some fishing, let us know how you did and the tackle you used by sending us an email. We love to receive your fishing pictures too!

Cooler temperatures and sunny skies this weekend in Sebastian, Florida

Cooler temperatures and sunny skies this weekend in Sebastian, Florida