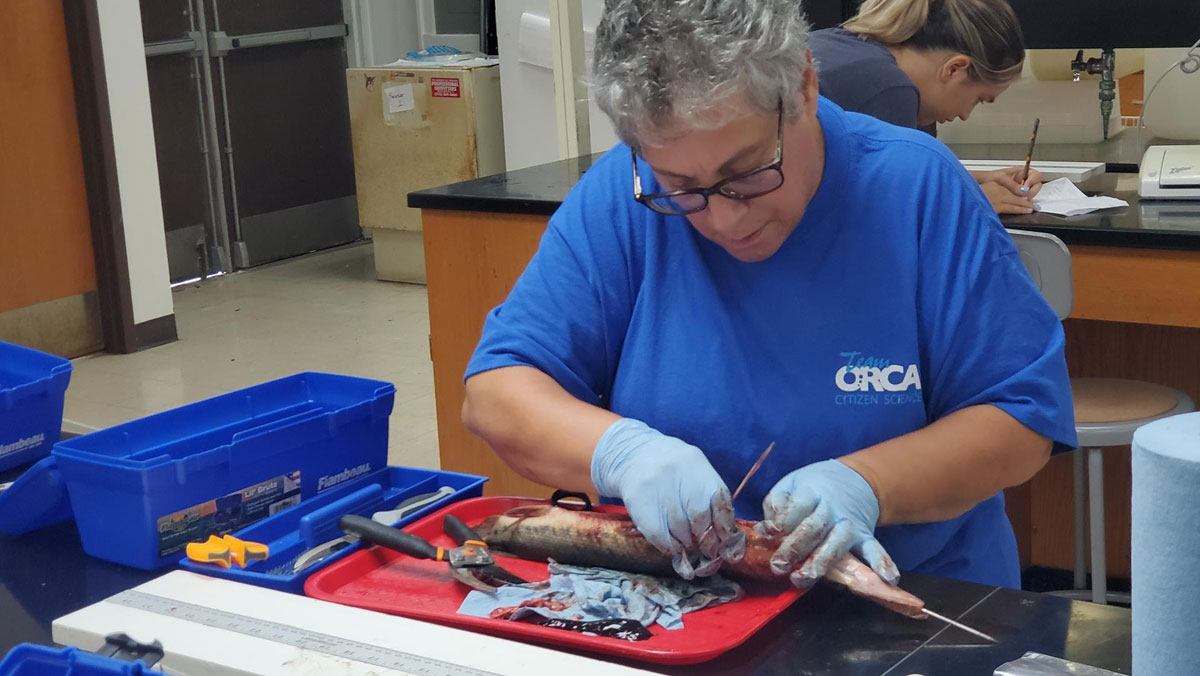 Levels of some toxins found in fish are not a concern at this time in the Indian River Lagoon, according to a new study by the Ocean Research & Conservation Association (ORCA).

The study is called the One Health Fish Monitoring project (OHFM), which investigates the transfer of toxins and toxicants from the Indian River Lagoon and connecting waterways into fish commonly consumed by humans.

Cadmium is considered the seventh most toxic nonessential heavy metal and is released into the environment naturally through mineral deposits and anthropogenically through metal production, phosphate fertilizers, pesticides, herbicides, and fungicides.

While many cadmium-based herbicides and pesticides are prohibited for use, cadmium persists in the environment through bioaccumulation in the food chain and adsorption into soils and sediments, creating a continual source for exposure to fish and other aquatic organisms.

Of 100 samples analyzed, only two had measurable levels of cadmium – a Mayan Cichlid (0.045mg/kg) from Indian River County and a Hardhead Catfish (0.16mg/kg) from St. Lucie County. These data suggest cadmium is not bioaccumulating in the IRL at levels of concern at this time.

Mercury is a toxic heavy metal released into the environment from coal burning plants, volcanic activity, and mining, but was also historically used in antifouling paints.

Compared to the literature, mercury concentrations in fish appear to be similar to that of 10-20 yrs ago, suggesting that mercury in fish has not increased in the Indian River Lagoon.

Microplastics are defined as plastic particles measuring <5mm in size (about the size of a pencil eraser) that are directly released into the environment or result from the degradation of large plastic debris. These small plastics and the toxins associated with their exposure and ingestion are of concern to ecological health. As part of the OHFM, citizen scientists and ORCA staff enumerate the number of microplastics present per fish stomach.

Of the 380 fish analyzed 53% of the stomachs showed microplastics present with a range of 1-14 pieces. Fish from Brevard County had significantly lower numbers of microplastics in their guts compared to fish from other counties (ANOVA, p=0.03).

Microplastics are also characterized and quantified by their type and color. Microplastic type is a good indicator of its source, whether it be clothing fibers or toy fragments entering the ecosystem. ORCA identified 90% of all microplastics as fibers compared to 8.4% of fragments, 0.8% of granules, and 0.8% other.

At this time, blue, black, and transparent microplastics are most commonly found in fish samples from the Indian River Lagoon and connecting waterways. This summer, ORCA will be expanding their microplastic analysis into fish fillets to understand better the potential exposure to humans consuming these fish.

Additional data for this project will be made available via ORCA’s citizen science data website launching this fall!

Tropical depression could form next week