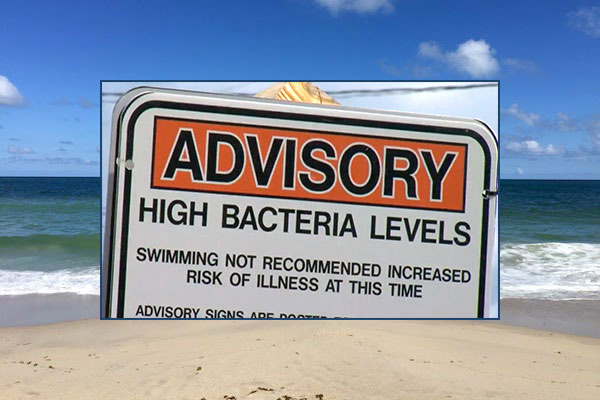 SEBASTIAN – We’re keeping an eye on the beaches from the Sebastian Inlet to Wabasso after the Florida Department of Health in Indian River County warned people not to swim at South Beach, Humiston Beach and Sexton Plaza Beach in Vero Beach.

Earlier this week, high levels of bacteria related to fecal pollution were found in water samples in Vero Beach, prompting swimming advisories for the three beaches.

Water samples taken at the Sebastian Inlet showed some bacteria, but not enough to cause any health advisories. Wabasso Beach is fine with no bacteria found in water samples. More water samples are being collected at this time. We’re watching this very closely.

Health department spokeswoman Stacy Brock said they can’t say how the bacteria got in the water, but think it may have been from the rain last weekend that caused a lot of water to run off into the ocean.

Farther south on Friday, the health department warned everyone to stay out of the St. Lucie River at Leighton Park in Palm City and the Roosevelt Bridge in Stuart because of the same bacteria.

The health department says potential risks for those who ingest or come in contact with the water include upset stomach, diarrhea, eye irritation, and skin rashes.

Enterococci are enteric bacteria that typically inhabit the intestinal tract of humans and animals. The presence of enteric bacteria can be an indication of fecal pollution, which may come from stormwater runoff, pets and wildlife, and human sewage, according to the Florida Department of Health.