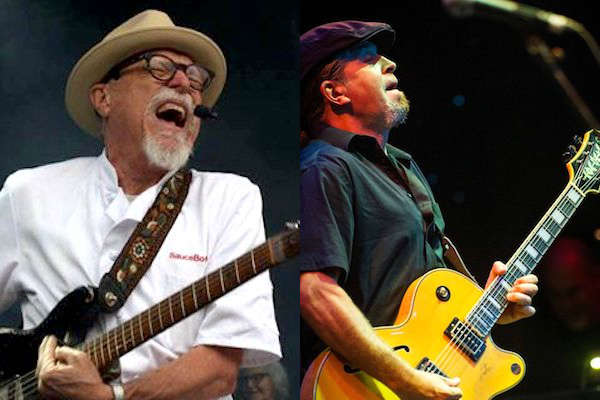 SEBASTIAN – The famous Bill “Sauce Boss” Wharton and the incomparable J.P. Soars will make an appearance this weekend at Earl’s Hideaway and Lounge in Sebastian.

Wharton will be cooking up some Gumbo on the Earl’s stage and Soars will be performing some of his classic blues this Sunday, Nov. 5. It’s going to be an incredible show.

Earl’s has always been the best place for locals on Sundays because of the bands and entertainment.

Known as the “Sauce Boss,” Bill is a tremendous hit around the country with his slide guitar and a giant pot of gumbo. Yes, he makes a large pot of gumbo on stage and even had fans come up and help stir it.

This is going to be a delightful show this Sunday at Earl’s, one not to miss.

As you listen to Bill “Sauce Boss” Wharton, you realize that it’s just one cool blues song after another. He has a unique sound, and it’s perfect because blues and gumbo is a tough combination to beat.

Also on stage this weekend is J.P. Soars, a 2009 winner of the International Blues Challenge in Memphis, TN with his band the Red Hots (and the festival’s Albert King Award winner as best guitarist to boot).

The Arkansas native toured extensively through the United States, Canada, South America and Europe with metal bands after relocating to South Florida, and is one of the few guitarists also capable of adding nuances of his long-standing, Django Reinhardt-inspired “Gypsy jazz” side project.

Soars recently recorded his fourth CD, Southbound I-95, at the familiar Studio 13 in Fort Lauderdale, FL. Dotted with special guests, its sessions reveal hints of soul, R&B, surf, reggae, roots and country music on both Soars originals and a sprinkling of surprising covers — all of which enhance and modernize, rather than take away from, the disc’s traditional blues undercurrent.

Earl’s Hideaway will offer Southern Hospitality at its best this Sunday.