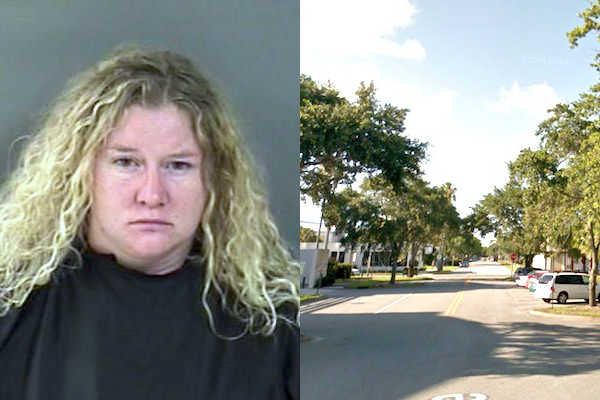 VERO BEACH – The Vero Beach Police Department received a call about an intoxicated female with a bicycle Thursday in the area of 20th Street and 15th Avenue.

Officers made contact with Jennifer Anne Phillips, 30, while she was standing in the middle of the roadway on 15th Avenue in Vero Beach.

“Phillips was impeding the flow of traffic by being in the middle of the roadway. Upon seeing my police vehicle, Phillips got off the bike and walked to the sidewalk pushing her bike,” the officer said in the report.

Police asked Phillips to stop, and she refused, stating, “I’ve done nothing wrong,” the report said.

Eventually, she stopped walking with her bike and said, “Police officers are scary.”

“I informed Phillips that I was not there to scare her but to just make sure she was okay,” according to the report.

Police asked Phillips if she had been drinking at which time she stated, “Yes, but that’s none of your concern.”

The officer asked for her identification, but she refused and told him, “Don’t arrest me I’ve done nothing wrong.”

Phillips, who works as a waitress in Vero Beach, then said she wanted an attorney and began screaming that the officer was trying to kill her.

As the officer told her she was not under arrest and that he was only attempting to identify her for the purpose of calling someone to help her home, she screamed and said he was trying to destroy her life.

Residents nearby began to gather as she screamed and cried.

The officer placed Phillips under arrest for disorderly intoxication and transported her to the Indian River County Jail.

While at the jail, her behavior led the county corrections officer to taser and place Phillips in a chair.