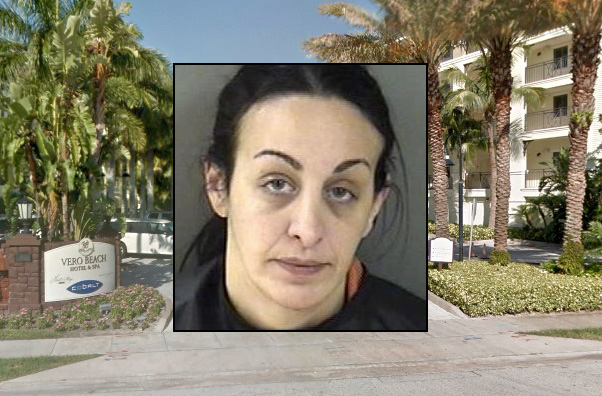 VERO BEACH – The Vero Beach Hotel and Spa called police after they were concerned about the child’s well-being inside a bar where the mother was intoxicated.

Officers from the Vero Beach Police Department met with the woman, identified as Karen Azat Jones, 36. She was companied by her 8-year-old child and “could hardly stand on her own,” according to the report.

Police were able to make contact with Jones’ father and explained the situation. The father agreed to come to the hotel and pick up Jones and the young child.

Jones became irate at police and began screaming in the parking lot of the hotel. She said things like she was “a horrible mother and to take her to jail,” according to the police report.

The father arrived to take the child and Jones home, but she would not get inside the car.

Jones then walked into the entrance to the hotel and began throwing objects all over the lobby. Police then observed Jones grabbing a red vase and threw it across the room.

Jones was arrested and booked on charges of disorderly intoxication. Bail was set at $3,000 at the Indian River County Jail.