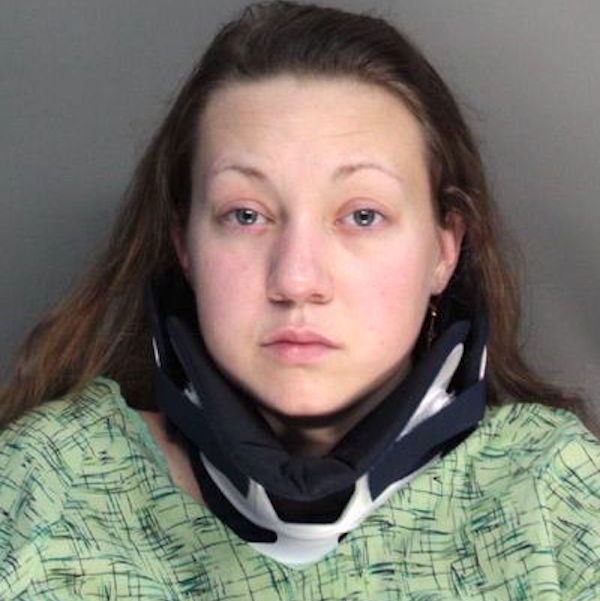 A woman who stole a vehicle and dragged a 72-year-old man by the arm is facing assault charges after being arrested in Miami on warrants.

Fellsmere Police said that on Sept. 2, they responded to 56 S. Elm St. after receiving a report of an elderly man needing medical assistance.

The victim, identified by the surname of Lofton, told police that a house guest, identified as Brianna Galloway, 21, woke him up and demanded he drive her somewhere to buy drugs.

When he refused, Galloway walked out of the residence and tried opening the man’s vehicle. Lofton ran after her fearing she was taking his vehicle without permission.

Galloway was already in the vehicle, a 1999 Dodge pick-up truck, and started driving before Lofton could stop her, police said. She returned a short time later and parked the truck in front of the victim’s residence. Lofton approached Galloway on the driver’s side and reached in through the open window to turn the truck off.

Galloway accelerated the vehicle while the Lofton’s arm was still inside the window, dragging the victim for approximately 75 feet before falling to the ground.

Galloway continued to drive away recklessly, and witnesses spotted her traveling east on CR 512.

The truck caught the attention of an Indian River Count deputy who observed Galloway driving recklessly and forcing motorists off the road. The deputy was already on another call and was unable to assist.

There was also little information known about Galloway when she traveled from S. Elm to I-95. That was the last time anyone saw her or the vehicle until Fellsmere police received a call from Miami detectives.

On Sept. 20, the Fellsmere Police Department arrested Galloway upon her medical release from Kendall Regional Medical Center in Miami.

Galloway drove the stolen vehicle to Miami and crashed it a few days later on I-95. She was being treated for injuries she sustained from the crash.

Emergency responders had to close all southbound lanes on the interstate because of the accident. Traffic was backed up for approximately one hour as Galloway was flown to the hospital by helicopter.

The Miami-Dade Police Department learned about the warrants on Galloway for crimes of grand theft and aggravated battery on a person 65 years of age or older.