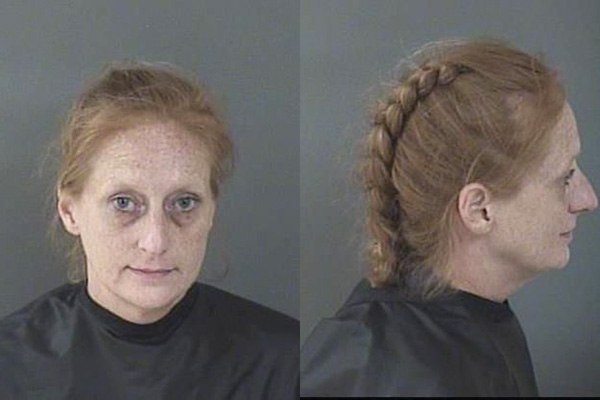 A Vero Beach woman was arrested Tuesday on charges of DUI after she was seen driving reckless in a Publix parking lot.

The Indian River County Sheriff’s Office received a call at approximately 4:41 a.m. about a pickup truck seen riding on its “rims” after the tires went flat.

“I observed the aforementioned pickup truck, a Burgundy Dodge 1500 pickup truck … driving forward and in reverse in short distances,” the deputy said.

The front and rear passenger-side tires were completely flat, and the truck was “on its rims.” The deputy said the truck had a shattered front passenger window and a broken passenger rearview mirror, according to the affidavit.

The deputy said the driver, identified as Stacy Lynn Overbay of Vero Beach, had a slurred speech and bloodshot-red eyes, according to the report.

Overbay, who told deputies she works as a bartender, had a strong odor of an alcoholic beverage emitting from her breathe when she spoke, the report said.

A witness told deputies that Overbay, 42, was driving her truck over the bushes and the curb while both of the passenger-side tires were flat. The witness said Overbay drove the vehicle through the parking lot at a high rate of speed, the affidavit said.

Overbay was transported to the Indian River County Jail where her bond was set at $1,000.