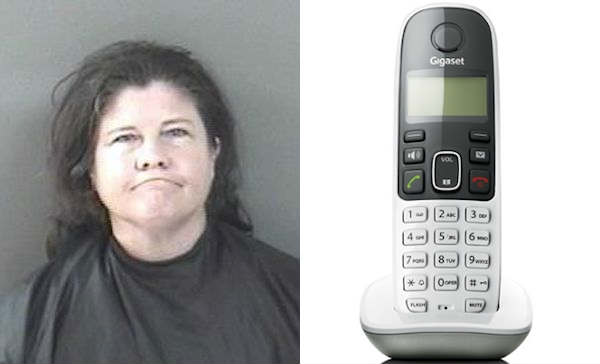 Deputies met with the victim in Vero Beach who said a friend, identified as 49-year-old Ingrid Opgaard, had entered her home uninvited on July 4th and was asked to leave.

Opgaard eventually complied but has called her leaving numerous voice messages ever since.

The following are excerpts of voice messages left on the victim’s answering machine from Opgaard:

July 14, 2017 @ 17:13: “Perhaps I wasn’t clear. Perhaps I’ve been sending riddles and rhymes. Yes you fu**ing hurt me. Yes I spent a year and a half trying to be your friend… I want that time back…. I’m gonna do what I have to to take back what’s mine. You already suffered your karma and it’s still comin’ bit**.”

The victim found her vehicle with a slashed tire and believes that one of the messages from Opgaard referred to what happened by calling it “a note.”

The victim says she experienced emotional distress from the messages she received from Opgaard.

Deputies located Opgaard in Vero Beach and arrested her on stalking charges.

On the way to jail, she told the deputy, “I’m going to get her back for this.”