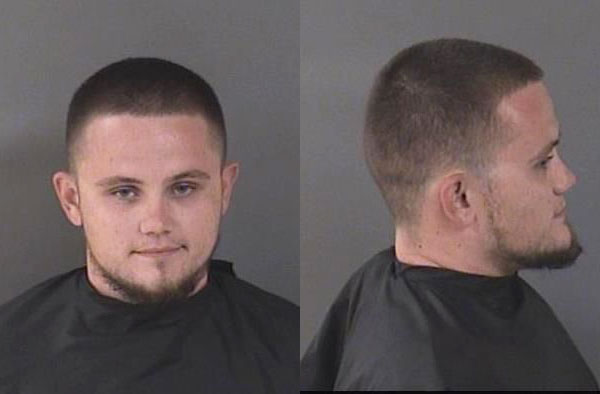 A Vero Beach man was arrested Monday after video surveillance from a BP gas station captured him stealing a wallet, according to the Indian River County Sheriff’s Office.

The victim called law enforcement from BP, located at 8195 20th Street in Vero Beach, about the theft. She stated her wallet went missing after she put it down on the counter to pay for some items.

“[The victim] stated she completed her transaction and walked away and exited the store. [The victim] then discovered a short time later that she had left her wallet on the counter,” the deputy said.

When the victim went back inside the store, her wallet was missing. The wallet contained $280 in cash and some credit cards.

A deputy reviewed video surveillance and saw the suspect standing in line next to the victim. The suspect is seen picking up the wallet while keeping an eye on the victim as she left the store. The suspect then walked to the deli counter and purchased lunch using money from the victim’s wallet, according to the affidavit.

As the suspect left the store, he entered a pickup truck with the name “Florida Shutters” on the side. Deputies made contact with the manager of Florida Shutters where the subject was identified as 23-year-old Daniel Wayne Maddox.

Maddox stated he took the victim’s wallet off the counter and left the store.

“The defendant stated he initially attempted to locate the victim to return the wallet,” the deputy said.

Maddox then told deputies that he removed the money before throwing the wallet in a trash can at Pointe West. Maddox had $265 left after using some of the victim’s money to purchase his lunch.

Maddox was charged with Grand Theft and transported to the Indian River County Jail. He has since been released on $2,000 bond.