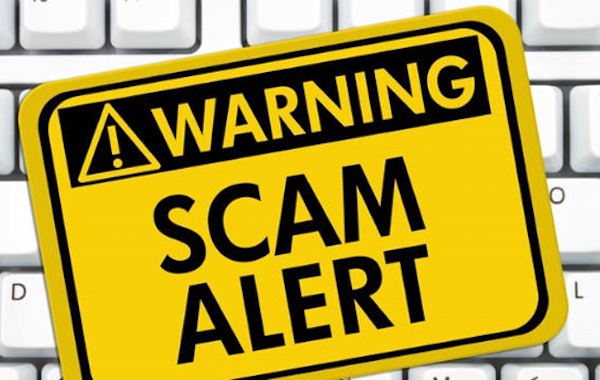 Man tells woman to go to the Vero Beach Walmart and send a MoneyGram to two different individuals in China.

Penny Schmutzler was prompted to call a listed phone number that popped up on her computer screen. She told a deputy with the Indian River County Sheriff’s Office that she paid $199.00 for 6 months of virus protection after calling the phone number.

However, her computer began having technical issues again. Schmutzler called the number again and spoke to an unknown male. She gave the man remote access to her computer.

Schmutzler was told by the unknown company that they would issue her a refund for the virus protection but needed access to her banking account.

Unfortunately, she provided the unknown subject her banking information. Schmutzler then told the deputy that the unknown male conducted a balance transfer from her credit card to her checking account in the amount of $5,000.00.

The man instructed Schmutzler to go to the Vero Beach Walmart and send a MoneyGram to two different individuals in China. She was provided the names Canlun Lmo and Zexian Chen.

Schmutzler sent two MoneyGrams of $2500.00 each to the individuals.

This case is still active with the Indian River County Sheriff’s Office.

As previously reported by Sebastian Daily, there has been a growing number of people falling for computer scams in Sebastian and Vero Beach. The calls are from Cybercriminals who try to trick people into enabling a remote login, which allows them to enter their computer at home to “fix viruses” or some other trickery.