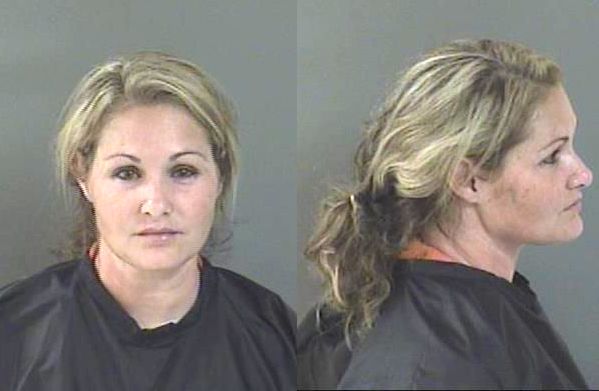 A woman was charged with DUI and three counts of Child Neglect in Vero Beach, Florida.

VERO BEACH – On Monday at approximately 10:40 p.m., a Vero Beach motorist called the Indian River County Sheriff’s Office to report a woman “slumped over the steering wheel” with two infants and one toddler in the car.

Deputies arrived at the scene and observed the vehicle in the middle of the busy intersection on 27th Avenue in Vero Beach. The driver was unresponsive with her foot on the gas while the vehicle engine was still on.

“I was able to observe a young toddler and two infant children in the back seat of the vehicle. The young toddler was coughing and crying,” the deputy said.

Deputies made contact with the female driver, identified as Lauren Marie Ritto, who appeared to be “sleepy and confused” with a strong odor of an alcoholic beverage emitting whenever she spoke.

There were three wine bottles in the vehicle; one was opened in the center console. Deputies said there was food all over Ritto’s seat and on the floorboard of the vehicle, according to the report.

“While speaking to Ritto, she had slurred speech, mumbled, and very difficult to understand. Ritto was unaware of her location and did not understand she was in the middle of the intersection,” the deputy said.

Ritto was arrested for DUI and charged with three counts of Child Neglect while driving under the influence.

“She chose to drive her vehicle while having her three young children in the vehicle and stopping in the middle of the intersection which could have led to placing the children in further harm’s way. Ritto, as a caregiver, failed to provide her children with care and supervision. Ritto failed to make a reasonable effort to protect her children from neglect in which it could be reasonably expected to result in serious physical injury or a substantial risk of death to a child,” the deputy said.

This story is similar to one we reported Tuesday after a woman was arrested in Sebastian on charges of DUI with two young children sleeping in the backseat of the vehicle.