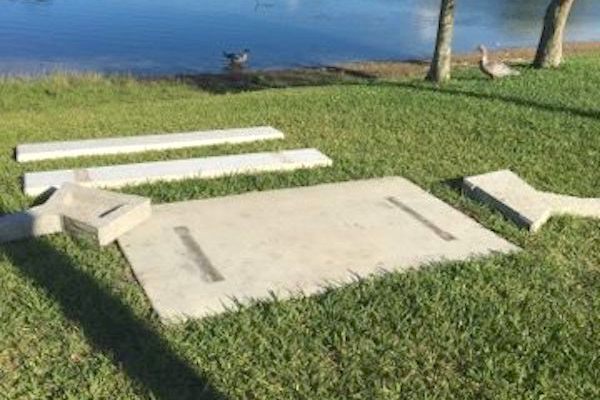 SEBASTIAN – A Memorial Bench for Jacob Ryan Sandford, who passed away August 25, 2012, was found in pieces earlier this week at the Easy Street Park in Sebastian.

The family received a phone call from their neighbors, who told them they found their son’s memorial bench lying in pieces.

“What piece of sh** would do this to another person’s child’s memorial,” Jacob’s stepmom, Shirley-Anne Morgan Reul, asked Sebastian Daily.

Friends and family helped the family raise money for the bench. They are hoping that it will be back up soon.

“I hope the City of Sebastian can put it back together again. The pieces are all there, but the special screws are missing,” Shirley stated.

“Jacob, lived in MI, so this was a special place for him,” she added.

Sadly, this is not the first bench that has been vandalized in Sebastian.

UPDATE: The City of Sebastian repaired the bench Wednesday and put it back in its place.