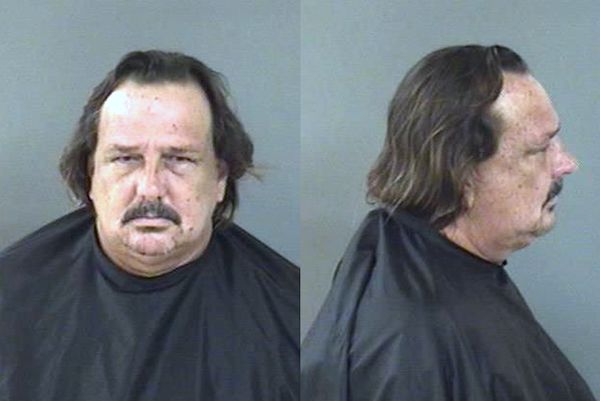 Tow truck drivers call police about a man with gun during repo in Vero Beach.

VERO BEACH – The Indian River County Sheriff’s Office received a call from two tow truck drivers in Vero Beach about a man with a gun during a repo.

David John Brandes, 54, removed the weapon from his right front pocket and dropped it into the bed of a white truck as deputies arrived at his Vero Beach residence on the 1100 block of 38th Avenue.

The weapon, a Ruger 9mm handgun, was found with one round in the chamber and six rounds in the magazine.

The tow truck drivers told deputies that they were at the residence to repo a vehicle.

As the vehicle was attached to the tow truck, Brandes allegedly came out of the house and jumped on the vehicle they were towing. One tow truck driver saw what appeared to a gun in Brandes’ right pocket.

“Drop the fu**ing car and get the fu** off my property,” Brandes told the tow truck drivers, according to the report.

Brandes, who works as an A/C Repairman, then connected a chain leading from the tow truck to the axle of his truck.

“I have a gun, and if you drive away I’ll start firing,” Brandes allegedly told the tow truck drivers.

One of the drivers said Brandes was acting wild and never took his hand out of his pocket where he saw the outline of the gun.

Brandes said he saw the Vero Beach repo company taking his car away. He admitted to jumping on top of the car being towed to stop them from leaving.

When asked about his verbal threats with a gun, Brandes stated, “I said I was going to fire at them, but not shoot them.”

Brandes was arrested and transported to the Indian River County Jail where he was charged with Felony Aggravated Assault With Deadly Weapon.