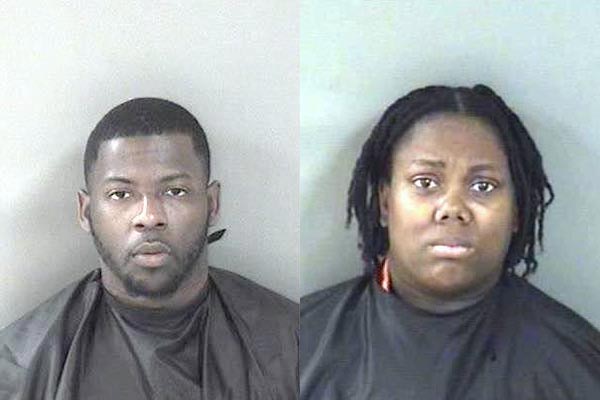 Man charged with murder after stabbing victim in Vero Beach.

These charges stem from Saturday’s stabbing of Debora Jackson, 66, at the Vero Green Apartments in the 6800 block of 26th Street in Vero Beach.

Jojasmine Pierre, 24 of Gifford, was also charged today with false report to law enforcement during a murder investigation. Brinson and Pierre are both currently being held at the Indian River County Jail without bond.

“This case is a perfect example of how solid criminal cases can be made when witnesses call 9-1-1 and help us solve crimes. We received two 9-1-1 calls on this stabbing at 5:30 AM on a Saturday. These tips led our detectives to the suspect who was ultimately apprehended after a pursuit,” Indian River County Sheriff Deryl Loar stated.

Detectives have spent the days since the homicide piecing together the actions of Brinson prior to the murder. They learned that he went to a local bar and consumed alcoholic beverages until approximately 2:00 AM.

Brinson arrived at Vero Green Apartments at approximately 3:30 AM, where he attempted to meet with another female acquaintance. At 5:00 AM, Brinson was observed walking with Jackson through the parking lot of the apartment complex before he brutally murdered her.

As Brinson fled from law enforcement, he placed a call to his fiancé, Pierre, asking her to report the car as stolen.

Brinson crashed the vehicle in the 4500 block of 43rd Avenue, not far from Pierre’s home. He fled on foot after the crash, ultimately making his way to Pierre’s home.

While deputies were searching for Brinson, they received the call from Pierre claiming her vehicle was stolen. When they arrived, they found Brinson in the shower. Pierre ultimately admitted to detectives that Brinson told her on the phone and after he returned home that he had killed a woman.

“We know that this wasn’t a random incident. The two were observed walking together and talking in the apartment complex. While we do not know the exact relationship between the two, they were comfortable enough with each other for this casual interaction. The work of our Uniformed Patrol, Criminal Investigations, and Forensic Services is to be commended for bringing swift justice in this tragic murder,” Sheriff Loar further stated.