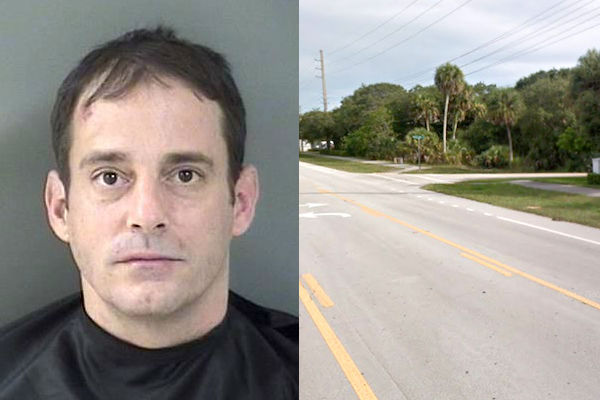 A man in Vero Beach was arrested after he tried to jump on multiple moving vehicles on A1A.

VERO BEACH – Several motorists called the Vero Beach Police Department to report a man jumping on passing vehicles in the 1500 block of A1A, according to the report.

On Friday at approximately 12:06 a.m., police arrested 39-year-old Nathan Alan Creamer, of Vero Beach, on a charge of Disorderly Intoxication and Resisting Arrest.

As Vero Beach police arrived at the location, they saw a group of individuals standing in the roadway as Creamer yelled expletives and while violently swinging his arms, according to the arrest affidavit.

One of the motorists told officers that Creamer was trying to jump on cars and was out of control, the report said.

Officers asked Creamer to calm down and observed an odor of an alcoholic beverage on his breath.

“Creamer’s speech was also extremely slurred as he yelled. Creamer appeared so intoxicated that I felt as though he was a danger to both himself and the public,” the officer said.

Police spoke to a group of motorists who “observed Creamer acting out of control and jumping onto passing vehicles.”

As some motorists pulled over to check on him, Creamer was extremely aggressive toward them.

Creamer was transferred to jail for booking. He made bail Friday at approximately 1:00 p.m.