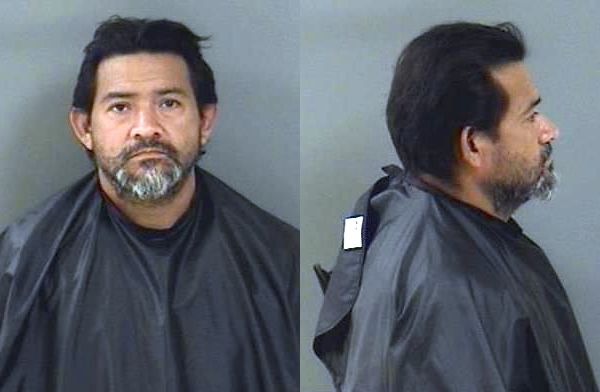 VERO BEACH – A 17-year-old girl told deputies that her mother’s boyfriend picked her up by the neck and began choking her, according to the Indian River County Sheriff’s Office.

On Sunday, the teen and her 11-year-old brother went to the sheriff’s office to file a complaint against 47-year-old Jose Luis Guevara.

The girl told a deputy that she and her brother were helping Guevara with a “remodel job” at a Vero Beach home. While there, Guevara asked the younger brother to grab a specific tool, but because of his age, the boy didn’t know what tool to get.

Guevara then became angry with the boy and struck the top of his left hand with a drill bit. When the boy started crying, Guevara grabbed a cinder block and “acted like he was going to hit” the boy, according to the report.

The teenage girl ran in and yelled at Guevara to stop, at which time he dropped the cinder block and grabbed her by the throat. The girl said Guevara squeezed her throat and told “her to shut up and that she had no business telling him what to do,” the affidavit said.

The girl told the deputy that it was the second time Guevara has put his hands around her neck after getting angry, reports show. The girl did not report it the first time “because she was in fear,” according to the report.

When the girl told Guevara that it was wrong for him to put his hands around her throat, he got mad and grabbed her throat again. The mother also discovered scratch marks from the incident.

The teenager girl, her brother, and her mother are so afraid of Guevara that they left the residence.

Guevara was later taken into custody and charged with two counts of Felony Child Abuse and transported to the Indian River County Jail.

On Monday afternoon, Guevara was released after posting $1,000 bond.