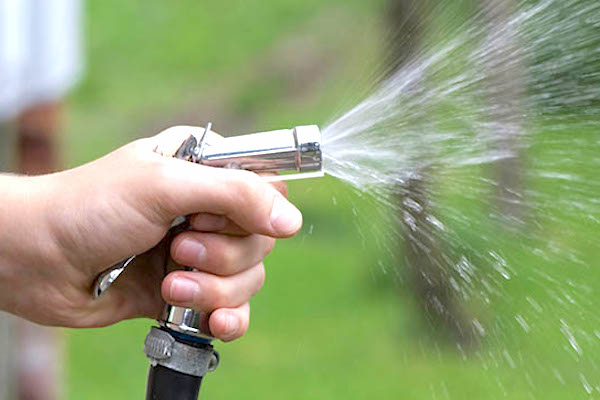 Man calls police after his neighbor soaked him with water in Vero Beach. (Photo: FILE)

VERO BEACH – A man who sprayed his neighbor with water from a gardening hose might soon have a warrant for his arrest in Vero Beach.

Marshall Mitchell called the Indian River County Sheriff’s Office to report a disturbance. He told deputies that his Vero Beach neighbor assaulted him with a water hose.

The incident occurred when Mitchell was minding his own business and trimming limbs from the neighbor’s palm trees that were extending into his yard.

The neighbor confronted Mitchell with a water hose. Mitchell “warned him not to spray him with the hose,” according to the report.

Mitchell then walked away and behind some bushes to avoid being sprayed. However, the neighbor followed him along the fence line and sprayed water at Mitchell through the shrubbery, leaving him soaked.

Mitchell told deputies that he just underwent hip surgery and was scared he would slip on the wet ground causing a severe injury.

Since there’s been an ongoing feud between the two men, Mitchell installed a series of surveillance cameras around his property. The cameras recorded the entire incident, including a menacing neighbor who yelled, “what are you going to do about it,” the report said.

The neighbor told deputies that he heard dogs barking so he went over to check on them. He saw Mitchell spraying plant killer on his palms as he’s allegedly done in the past. The neighbor grabbed his gardening hose and began to water his plants.

In response, the neighbor said Mitchell allegedly threatened to hurt him if he didn’t stop watering the plants.

The case is still active, and the video and audio were obtained as evidence. Deputies are seeking an arrest warrant.