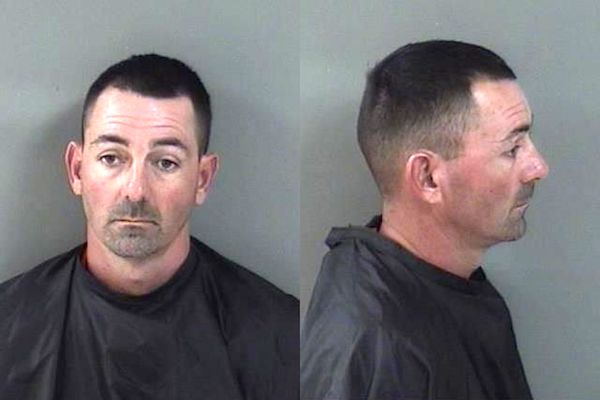 A man was arrested on child molestation charges in Vero Beach, Florida.

VERO BEACH – A 36-year-old man was arrested after a child, under the age of 12, accused him of touching her inappropriately, according to the Vero Beach Police Department.

Sean William Maynard was charged with Felony Lewd & Lascivious Molesting Offender of a Victim Under 12.

Police say the mother of the victim and a witness told investigators that the child accused Maynard of touching “her private area but over her clothing,” according to the affidavit.

The child said she was staying in a room with a friend and Maynard. It’s not clear exactly where the alleged incident occurred, but the police report indicates that it may have been at a hotel in Vero Beach.

The child told police that she was asleep on a couch in the living with the TV on, while Maynard was in a bedroom.

“She began waking up to the feeling of something touching her leg,” the investigator said. The incident occurred Sunday at around 2:00 a.m. The girl identified Sean Maynard as the person touching her.

The girl said that while Maynard was touching her, he had his hand underneath the blanket, but over her underwear and “genital” area, the report said.

“When Maynard realized that [the child] had woken, he jumped up, grabbed the TV remote,” and went back into his room, according to investigators.

A short time later, after the incident, Maynard came back out of his room and asked the child if she was “okay,” and then returned to his bedroom again.

The child then complained that her stomach was hurting and asked to stay with her grandmother in another room. It was then that the child told the grandmother about the incident, according to the report.

A witness told investigators that Maynard had been “acting funny” earlier in the evening after he allegedly drank seven beers during the evening, according to the arrest affidavit.

When police tried to question Maynard about the alleged incident, he declined to speak and stated “that his lawyer advised him not to give a statement,” Vero Beach police said.