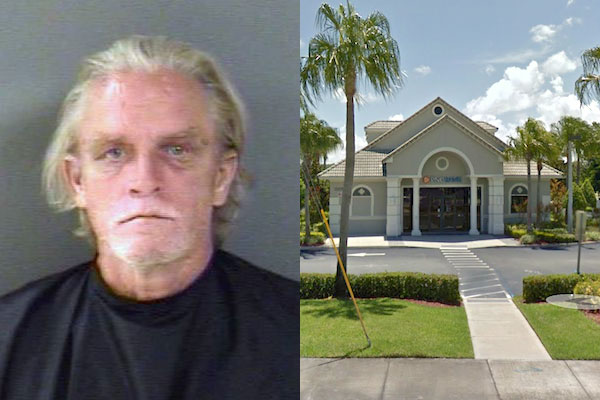 SEBASTIAN – A man was arrested Thursday at the PNC Bank for using a driver’s license to cash a check that didn’t belong to him, according to the Sebastian Police Department.

William Allen Stone, 53, was charged with Possessing a Fictitious Driver’s License, and Forgery.

The PNC Bank in Sebastian, located at 13035 U.S. Highway 1, received an alert from two other branches in Brevard County about a man matching Stone’s description trying to impersonate someone else.

When the teller realized who Stone was, she called the police. Officers arrived and took him into custody.

Stone said he didn’t know that it was wrong to cash other people’s checks or use a driver’s license that didn’t belong to them.

He told officers that a man named Jose was driving him around, county to county, in a small red Honda vehicle to cash checks. In return, Jose would allow Stone to keep some of the money.

Stone had $120 in his pocket, which he told police was from panhandling, cashing checks at other banks and receiving a cut of the profits.

He was transported to the Indian River County Jail where his bond was set at $20,000.