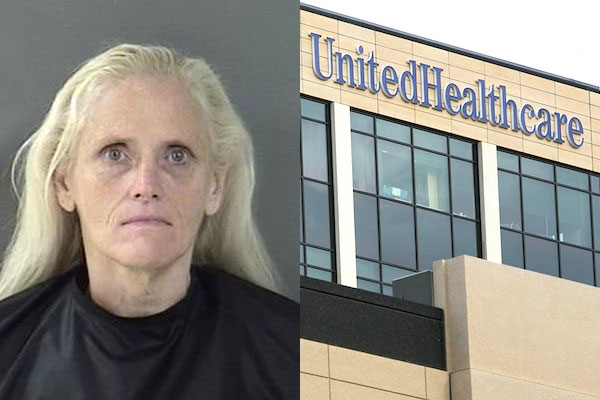 A United Healthcare manager was arrested for DUI in Sebastian, Florida.

SEBASTIAN – A 52-year-old woman was arrested after she was traveling at a high rate of speed on CR-512 Saturday night, according to the Sebastian Police Department.

Rhonda Lee Hood, who told officers she is a manager at United Healthcare, was arrested for DUI, and for not having a driver’s license.

Police said Hood was traveling at 50 mph in a posted 35 mph zone in a minivan.

“As I was attempting to catch up to the vehicle, I noticed the minivan could not maintain a single lane and at one point, it was driving over the white line on the right shoulder,” the officer said.

The officer attempted to conduct a traffic stop near Roseland Road and CR-512 (Sebastian Blvd), but Hood continued to travel westbound. The officer said that at one point, the minivan was traveling at speeds of 65 mph, according to police.

Hood finally stopped her vehicle, while hitting the side of a road bridge multiple times, the affidavit said.

When the officer asked for Hood’s driver’s license, she handed him a Florida ID instead, according to the report.

“The defendant stated she did not have a Florida license and had not had one for the past 20 years,” the officer said.

In addition, Hood could not provide her vehicle registration or proof of insurance. The officer could smell an odor of an alcoholic beverage coming from Hood as she spoke.

After completing field sobriety exercises, the officer determined that Hood was too impaired to drive. Hood refused to provide a breath sample to determine her blood alcohol content.

Hood was transported to the Indian River County Jail. She has since posted $1,500 bond.